Burger Week is kind of a big deal in Portland.  It’s this one week in August where about 20 local restaurants feature one crazy-ass burger, like this or this or this, for only $5, and it lasts for exactly one week.  Last year, we only made it to one of the spots, Foster Burger, on the very last night (also the day our little Tuckaluck was born!).  This year we had grand plans to hit up at least three or four — and I had made my shortlist of the ones I was the most excited about.

Alas, this happened to be the third week in a row that Jesse was pulling double headers at work — finishing up at his regular job site around 5, and then heading over to a second house in Southeast to put in an extra 3 hours fixing up a new house for one of his longstanding clients.  I rode the coattails of his work stamina and stayed at the shop until 7 or 8 each night myself, finally catching up on all the multitudes of postponed projects on my own list from this busy summer.

Needless to say, the last thing either of us wanted to do at the end of our day was go wait in line and fight over the last of one of these burgers as they were about to sell out — which apparently was happening left and right this go-round, as Burger Week has gained such an insane following.

But, that’s not to say burgers weren’t on our brains.  In my regular routine (that is to say, when we’re not in summer crazy-town mode of camping every weekend, barbecuing and bluegrassing every night, biking home along the Springwater Corridor at 3:30 in the morning blasting the playlist from my recent half-marathon), I like to read Sunset and Bon Appetit whenever I’m eating alone, take photos of whatever recipes I want to try, and then each Sunday, go through this foodie to-do list and plan my menu for the week.

Usually, it’s heavily influenced by what I know we already have in the freezer, or the perfect way to use up that leftover half-can of plum tomatoes that’s about to go bad, or the fact that this week’s produce run was at Fubonn, the gigantic Asian market, instead of at our nearby farm stand.  Mondays are reserved for errands and appointments, and that’s when I can always swing by Safeway and pick up anything random or extra that might make or break that recipe I really want to make.  Like pistachios.

So it was no surprise that, during this week’s rifling through of recipes, these pistachio-lamb-beef burgers caught my eye.

I’ve never actually made burgers before, but these seemed different enough to warrant an attempt.  The recipe called for some Arabic spices I didn’t have, but I’ve cooked enough Mediterranean food to figure out some good substitutions.  So, into the Cuisinart: 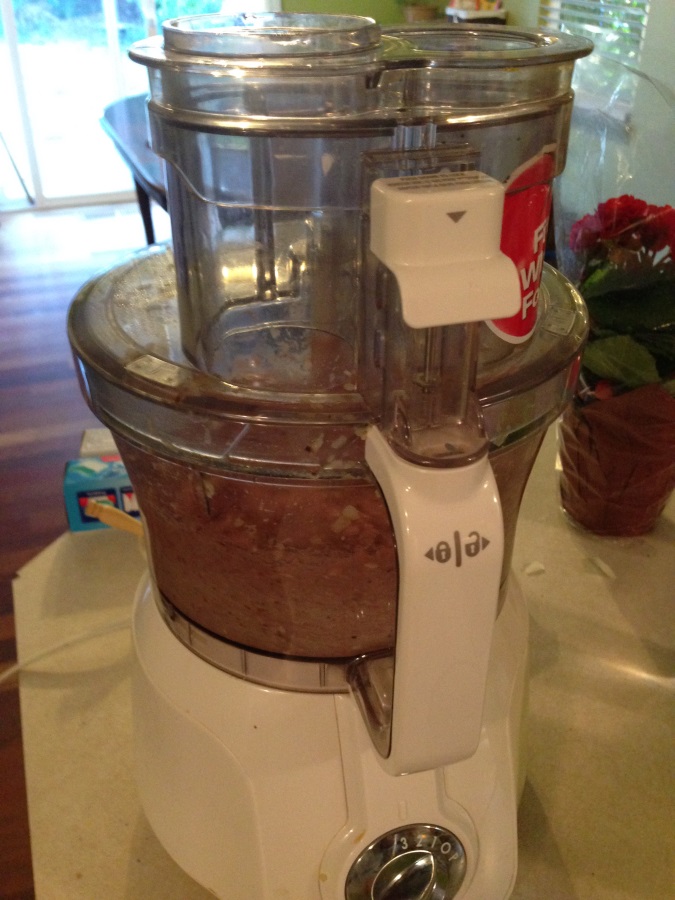 That one egg white killed me though — what am I going to do with a single remaining yolk??  Well, as it turns out, I’m going to try making my first ever mayonnaise, as that was all that this simple recipe, discovered through a quick Google search, called for in the egg department. 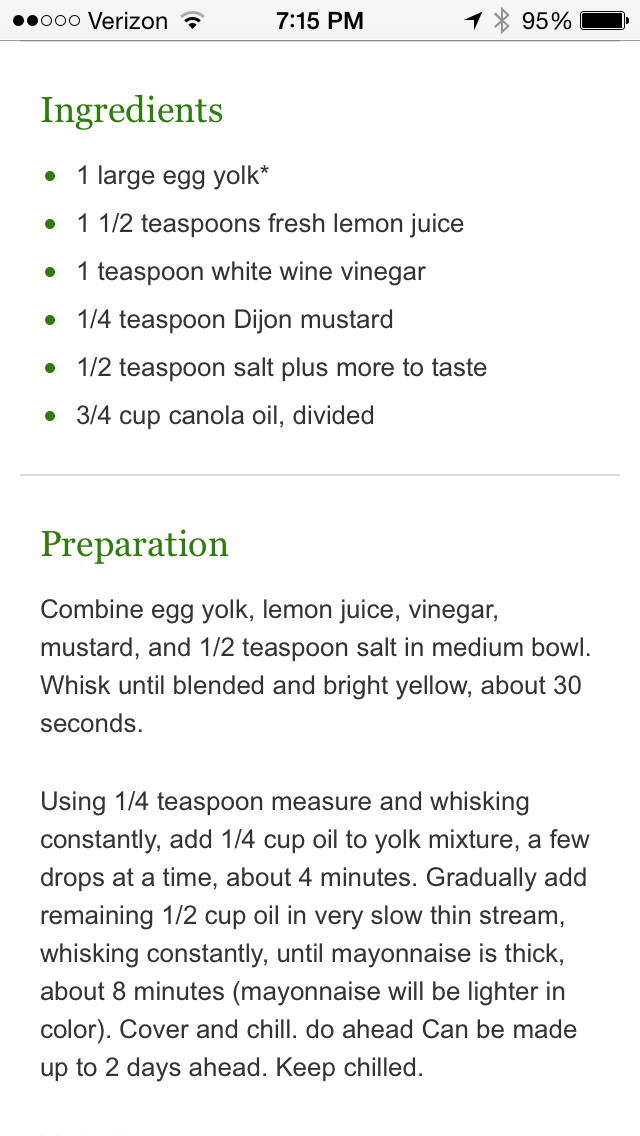 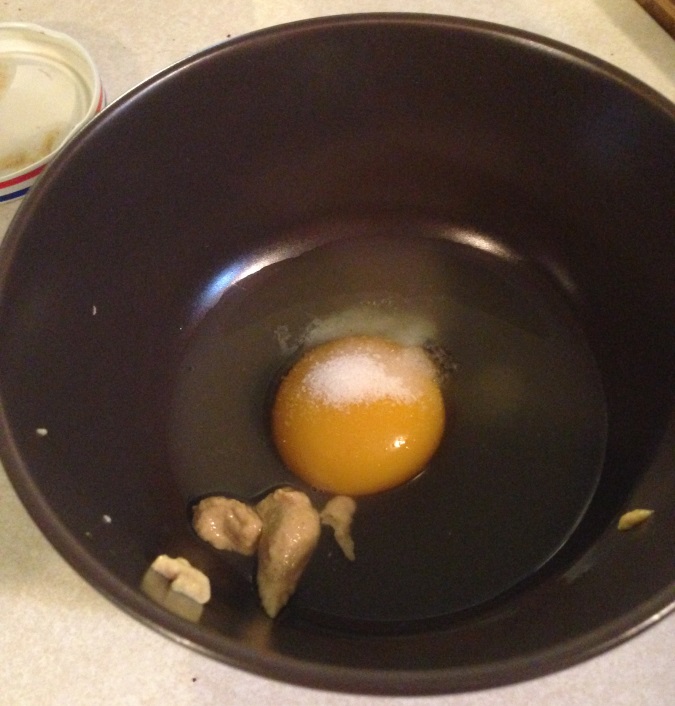 But, to this recipe I also added a pressed clove of garlic, chopped fresh mint from the garden, and a dash of sumac powder, yielding a complex and Middle Eastern-inspired aioli. 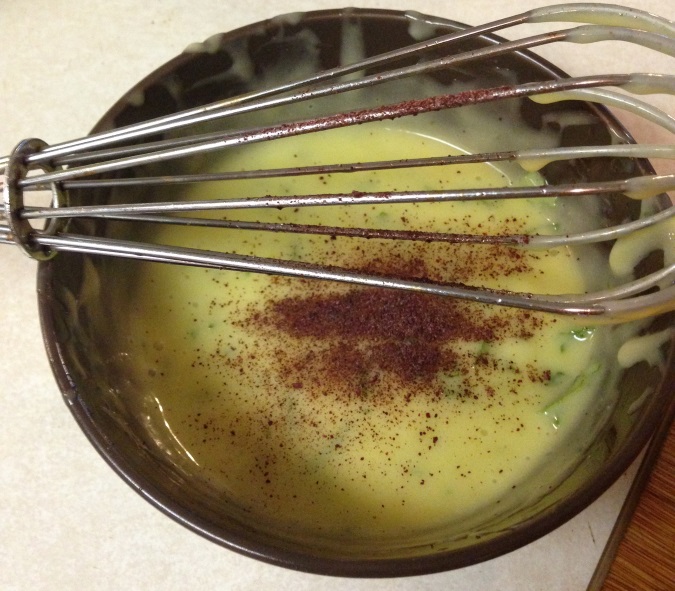 That was totally the right call.

I wanted my burgers bunless, but I knew Jesse would want some sort of bread to make it a true burger, so I had grabbed some whole wheat buns from TJ’s and toasted them up for him.

Jesse didn’t get home from work that night until about 8:45, which seemed a little late to fire up the grill, but he convinced me that these would be better in our brand new hand-forged Blu Skillet from the recent Urban Craft Uprising.

And so that’s what we did.

Chopped up some veggies to dress it with… 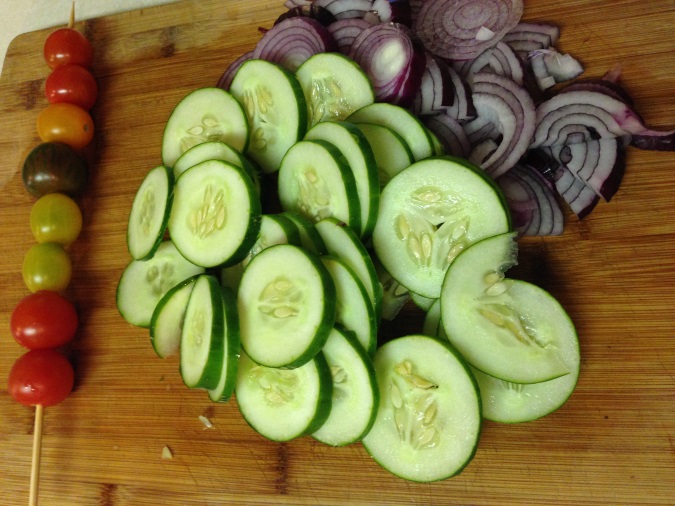 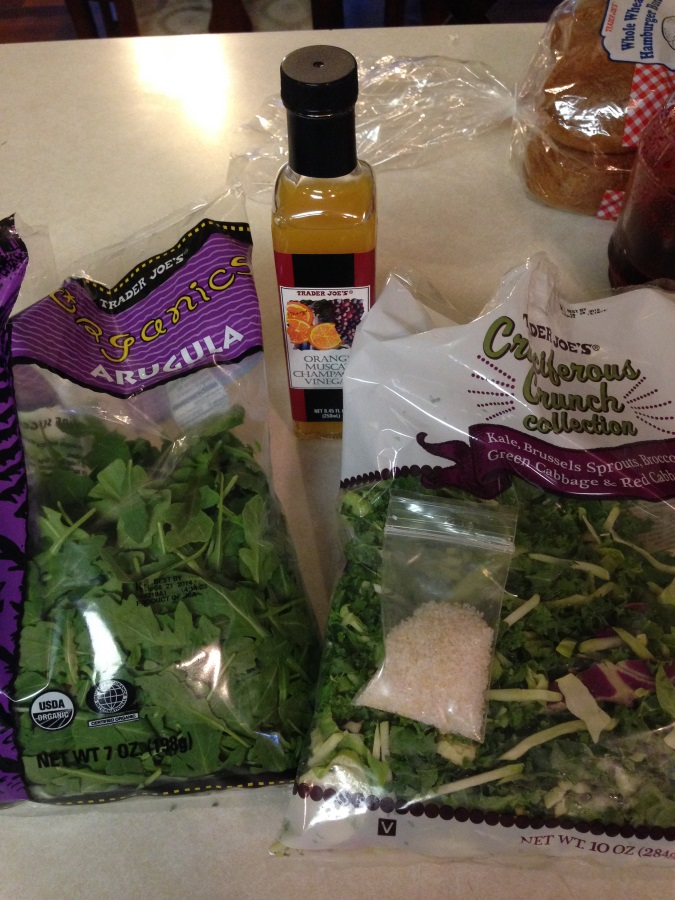 And made a super simple salad: a 50/50 mix of two bagged greens I’d picked up the other day (cruciferous greens and arugula) and coated them with a splash each of olive oil, orange muscat champagne vinegar, and my favorite Friends Forever salt. 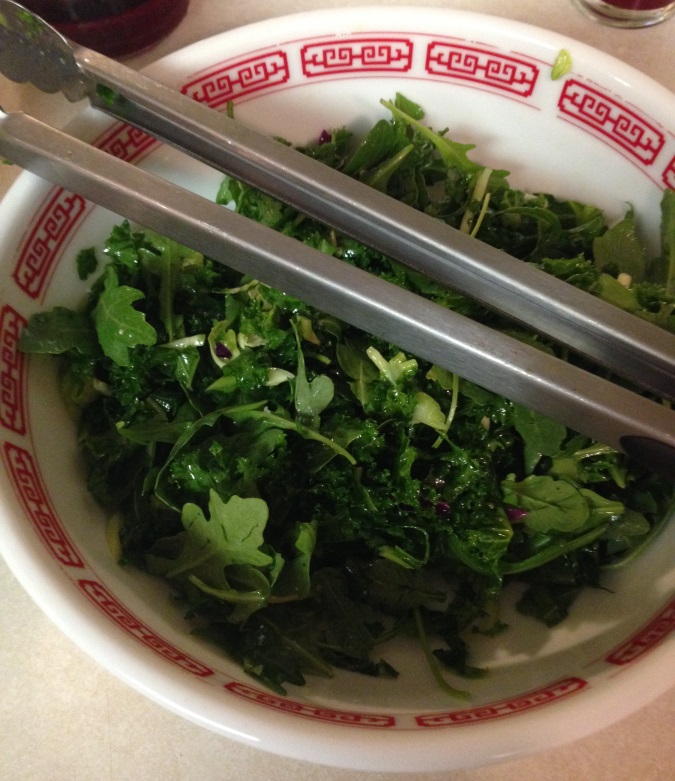 Oh, and to top it off, we’d gone out to eat at the Hawthorne Hophouse the other night, and I took home almost an entire serving of their garlic parmesan fries when their happy hour grilled chicken caesar proved filling enough.  So I reheated those in the convection oven (which does a surprisingly good job with fries) and split them between us.

And all of a sudden we had ourselves some serious burgers. 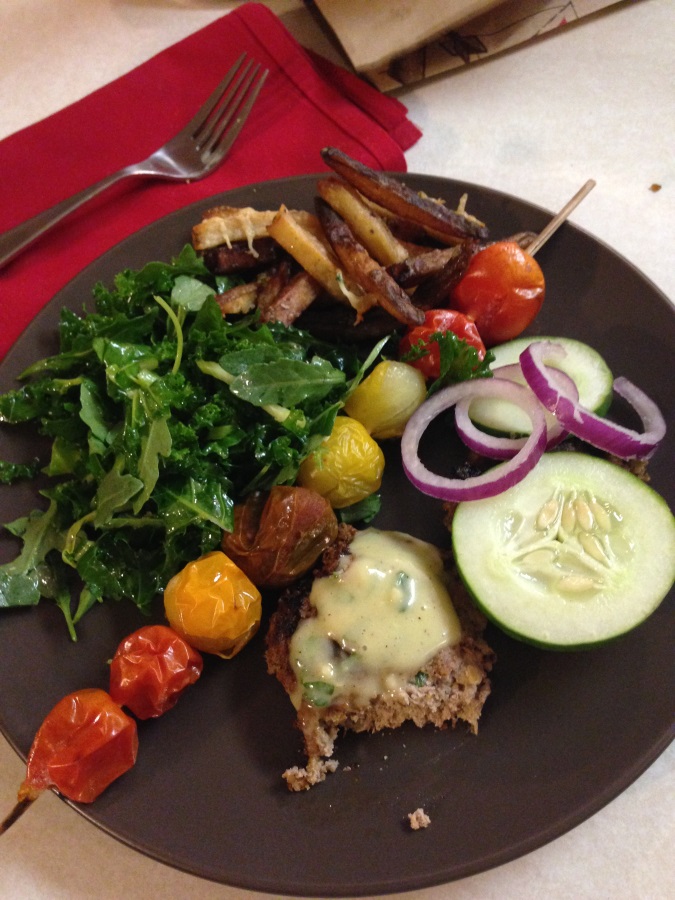 Jesse loved them the night of, but what really made my heart melt was the next day when he texted me from his lunch break and, while eating them as leftovers (he even brought a miniature Tupperware of the aioli with him to work), he disclosed to me over text that “This may be my new favorite burger! :D”  That is high praise, coming from this guy.