When Jesse tells me a dinner I cook on my cleanse is as good as any regular dinner, I know I’m doing something right.  Here’s proof that you can cut these 10 inflammatory food groups out of your diet and still eat like a queen: 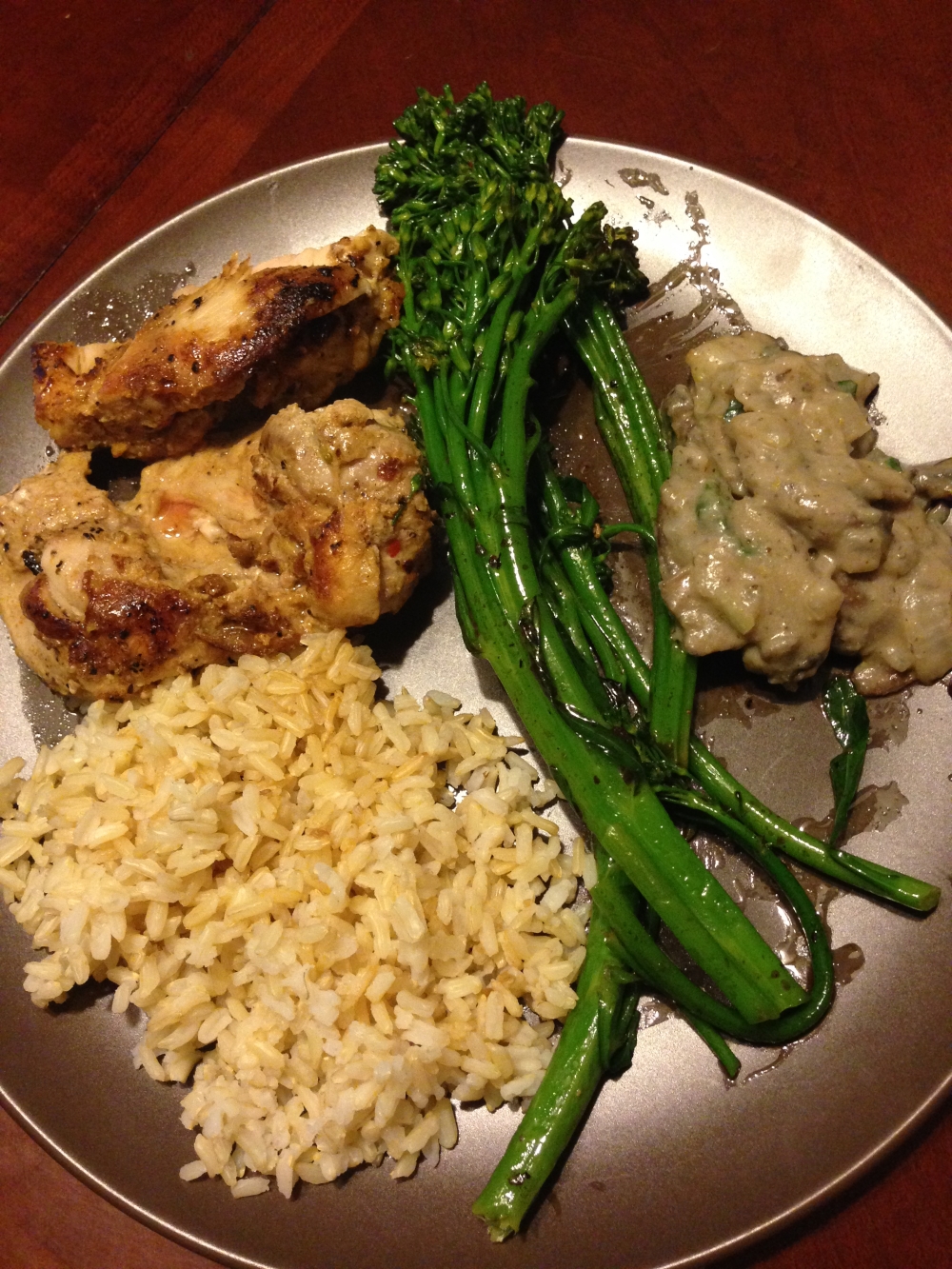 1) Brown rice: I always have a pot of this in the fridge or out on the stovetop even when I’m not cleansing, so this was a no-brainer.  I use brown rice as everything from salad filler to a substitute for the bread in a breakfast bird’s nest, so there’s at least 1-2 servings of this already cooked and on hand at all times.

2) Chicken: I shop at Costco once a month and splurge on 1 type of meat to keep in the freezer.  They usually come in packs of 3, so after the first few months we’ve always had a rotation of yummy, organic, easy proteins on hand.  This month we have big 3-lb. packs of boneless skinless chicken thighs, which I defrosted the day before and marinated in a tupperware overnight with olive oil, garlic, lemon juice, salt, pepper, some dried spices, and basil from the garden.  Heated our cast iron skillet on high to sear them, and then once the chicken had released some of its juices, turned it down and threw in half a bunch of…

3) Broccolini: I splurged this week and went to New Seasons, which seems to be the only place in town that carries broccolini.  With all the juices and seasonings from the chicken, I didn’t need to do a single thing to the broccolini.  Just set it in the skillet for the last 5 minutes of chicken cooking, put a lid on top so it would steam and cook everything fully, and stirred it around a bit halfway through so all the sides would get nice and caramelized.

4) Gravy: This was actually totally Jesse’s idea.  We had a handful of mushrooms in the fridge on the verge of going bad, and I asked what he thought we should do with them.  Gravy!  So I sliced them up, sauteed them in olive oil and salt, and then sprinkled them with a few spoonfuls of white bean flour.  Once it thickened and started to get gummy, I added a small amount of coconut milk, to give it creaminess, but I didn’t want it to taste too coconutty, so I thinned it out with water and let it re-thicken to the right consistency.  Even with some fresh basil it was still missing something, and I didn’t want to keep adding salt (which is a hard crutch to shake when my usual vices of soy sauce, hot sauce, or chili flakes are all off-limits) so instead I added a drizzle of balsamic vinegar, and it was perfect.  I’ve been eating this gravy on everything all week! 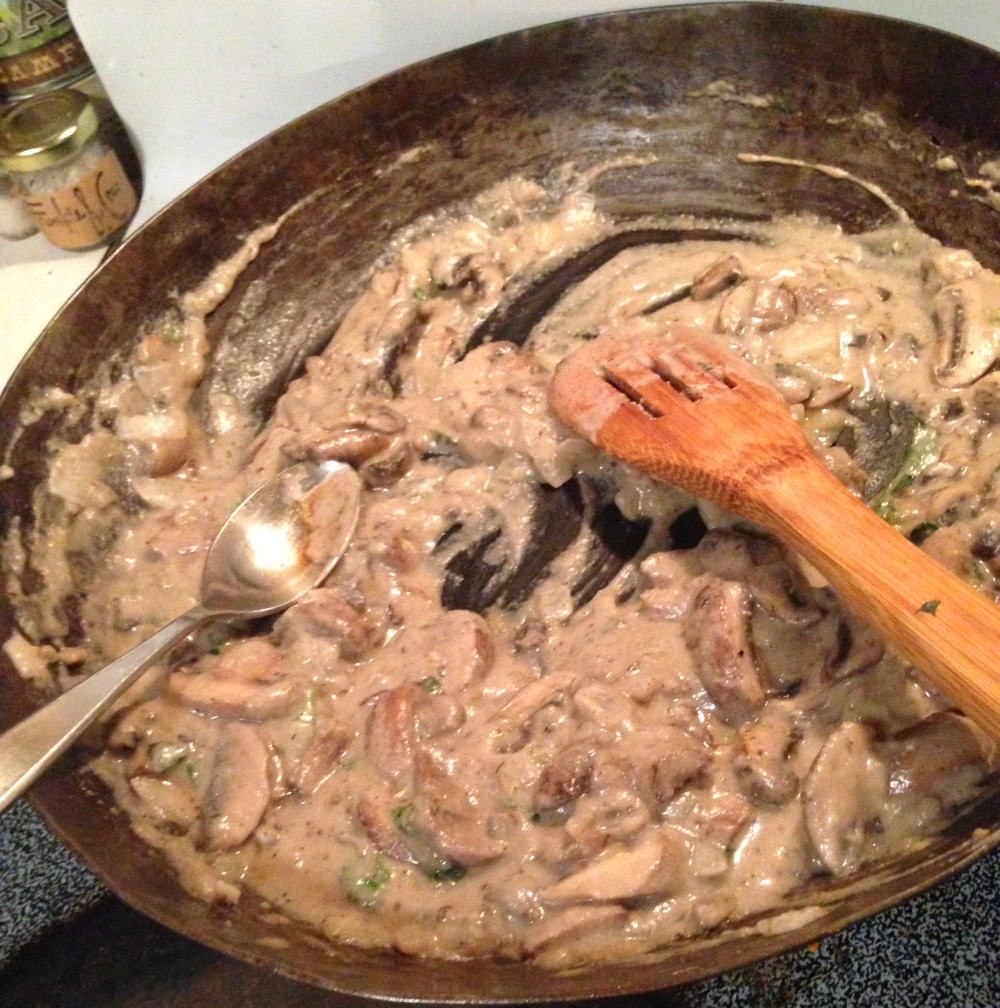