This is what I eat just about every morning for breakfast while I’m doing this cleanse.   It’s filling, proteinalicious, provides a ton of fruit which I end up craving more during these two weeks than at any other point in the year, takes like three minutes to make, and can be easily transported in a jar and tossed in my bike basket if I’m running late, which is almost always, to be enjoyed once I get to work.

I buy my frozen fruit at Trader Joe’s because it’s cheap cheap cheap, and I consume a vast quantity of it when I’m cleansing.  Normally bananas don’t get to be on my grocery list — not because I don’t love them (and honestly I think it’s genius that something this starchy gets to be called a fruit. Loopholes FTW!), but because they don’t make the Washington/Oregon/California locality cut.  But in the spirit of not being insanely restrictive, I let them back in during the cleanse.

Into the blender goes: 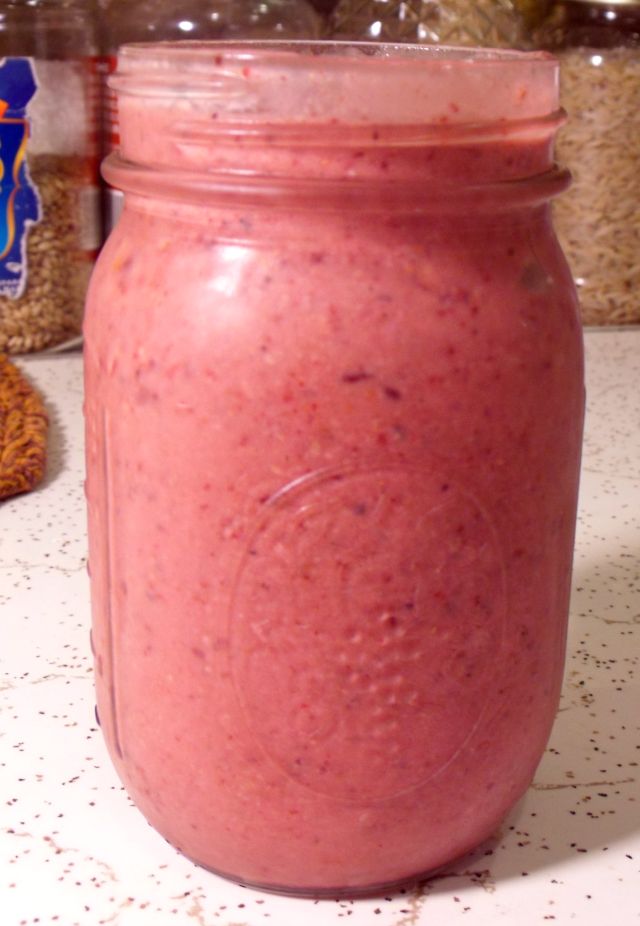