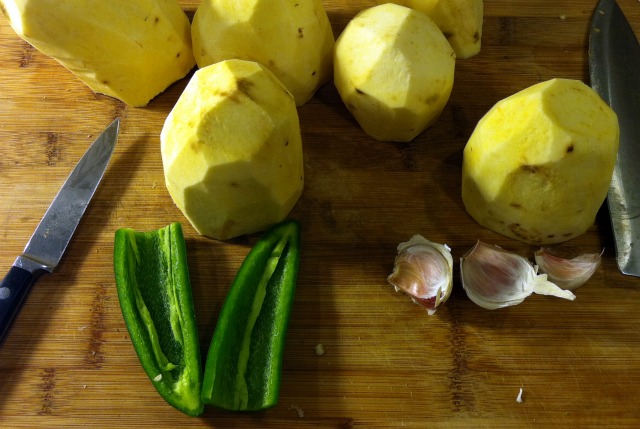 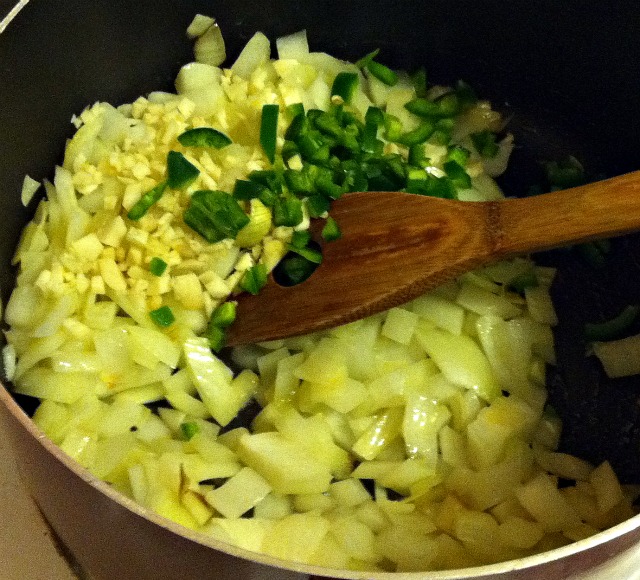 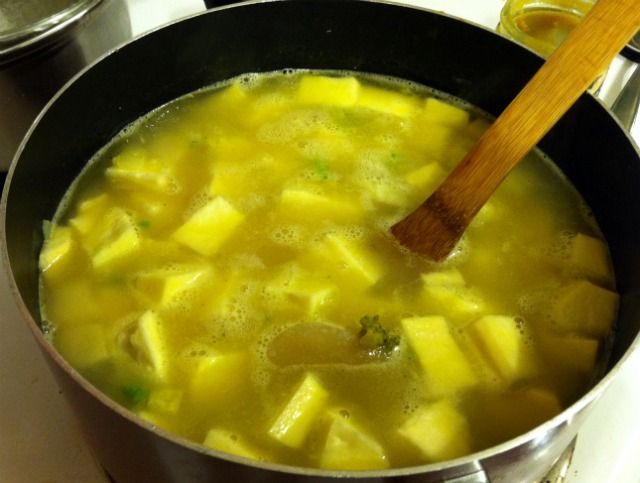 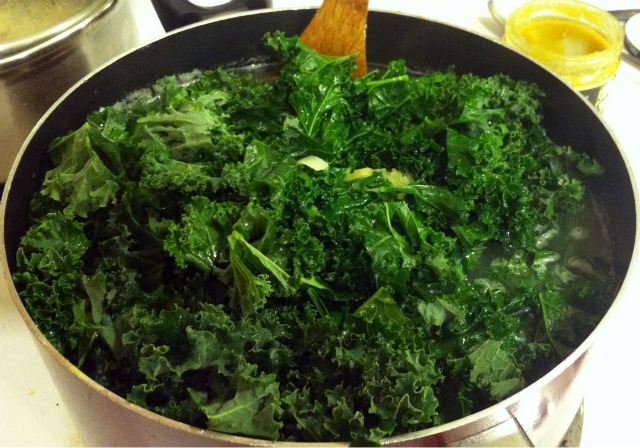 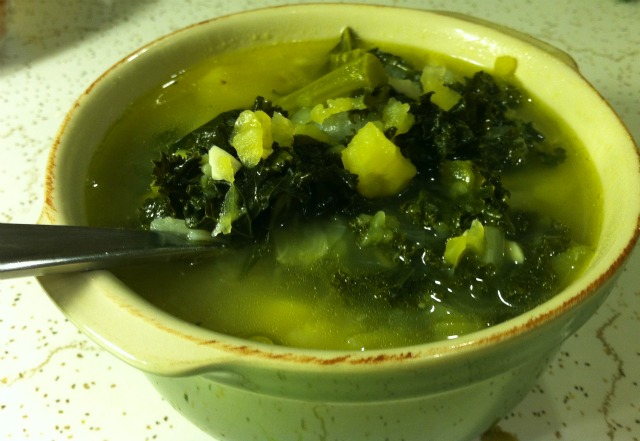 I was contemplating what to make for dinner tonight while I was biking home from work — something quick, basic, and green.  After last night’s Supper Club, I needed something a little more cleansing to offset the comfort food. 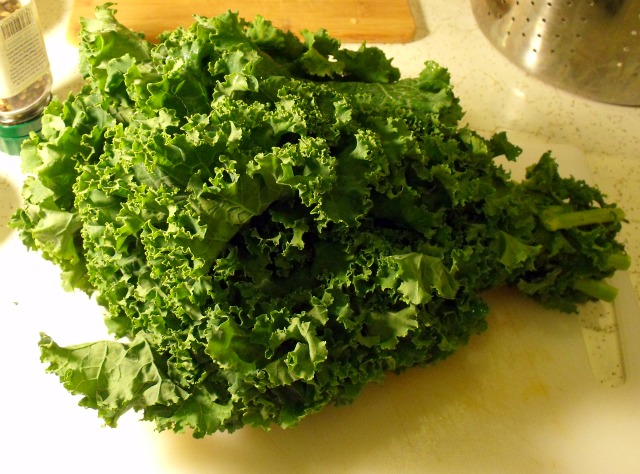 I knew the only veggie I had left in my fridge was a monster head of kale, so this meal came together pretty effortlessly.

Remember all those lasagne noodles I made the other night?  Well, they’re still around and need to be used, so I flash boiled them in a frying pan (this is going to be a one-pan meal, btw) so soften them up again — I was lazy and just left them in my fridge in the colander so they were a little clumpy and dried out by this point.  Three minutes in shallow boiling water softened them right back up. 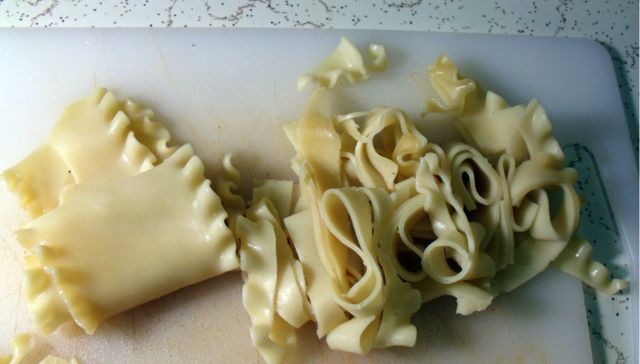 No longer in lasagne mode, I was picturing more of a warm pasta salad, so I rolled the long lasagne noodles up into little squares and sliced them into strips. 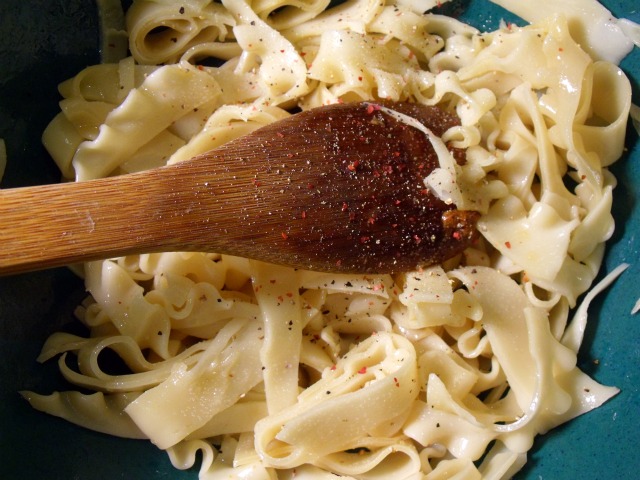 I drained these and dumped them into a big salad bowl and tossed them with my favorite olive oil to keep them nice and slippery, then added salt and cracked pepper.


On to the kale.  In case you didn’t know, kale is my favorite vegetable.  Usually I can’t go more than five or six days without an intense craving for perfectly wilted kale, and I’ve been known to devour an entire bunch of it in one sitting.  I mean, it cooks down small, but still.  I make it pretty much the same way every time, with spices being the only variable, depending on the context: 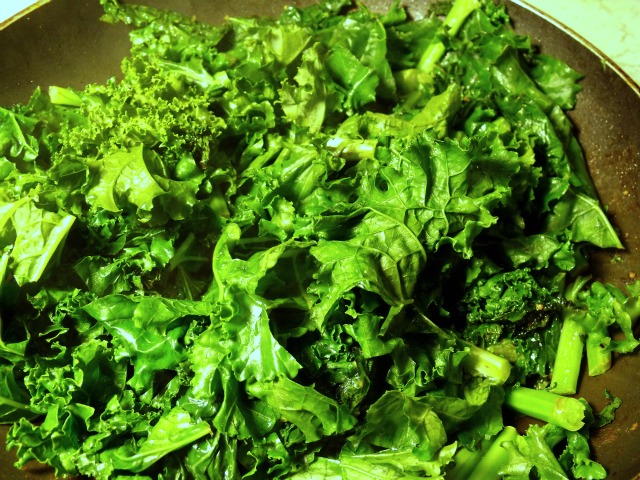 Into the bowl it goes.


And then finally, my go-to protein.  I always have roasted chicken in my freezer, that I can quickly brown in this same sautee pan, with just a little salt and nutritional yeast to make the outside taste crunchy and glazed. 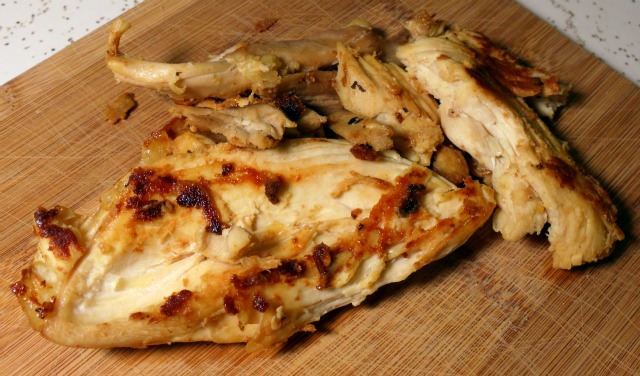 That got diced up and thrown in with the rest, and then I added just a single tablespoon of this: 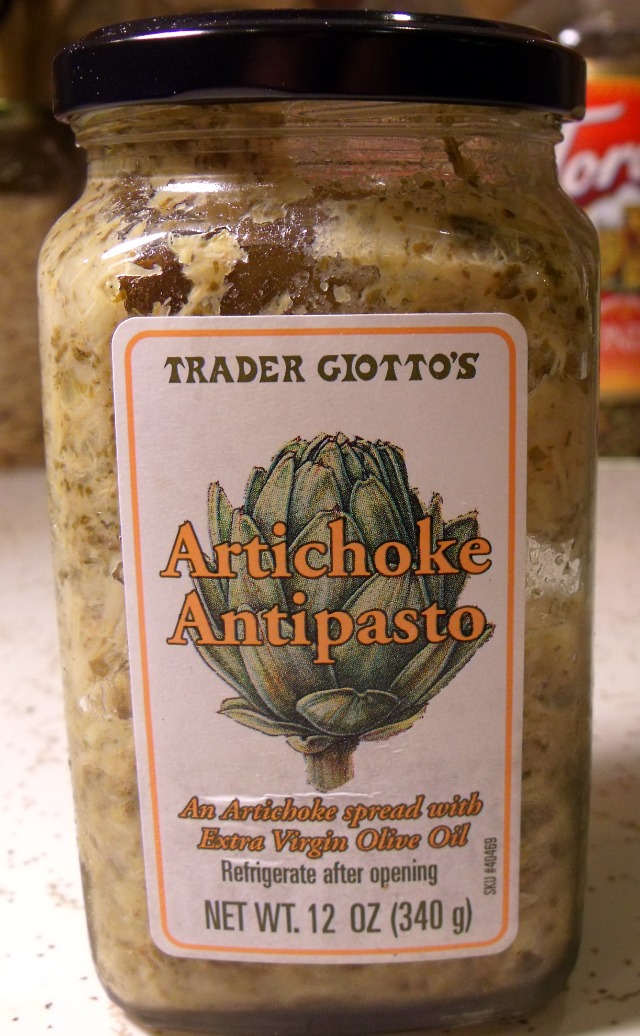 I love having a few key Trader Joe’s tapenades in the fridge, for an occasion such as this. 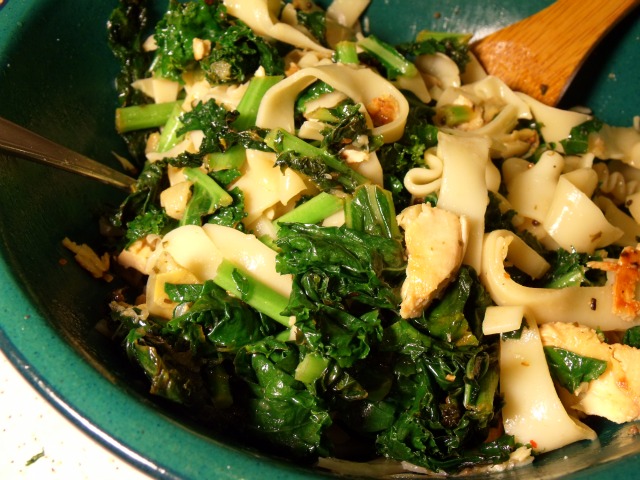 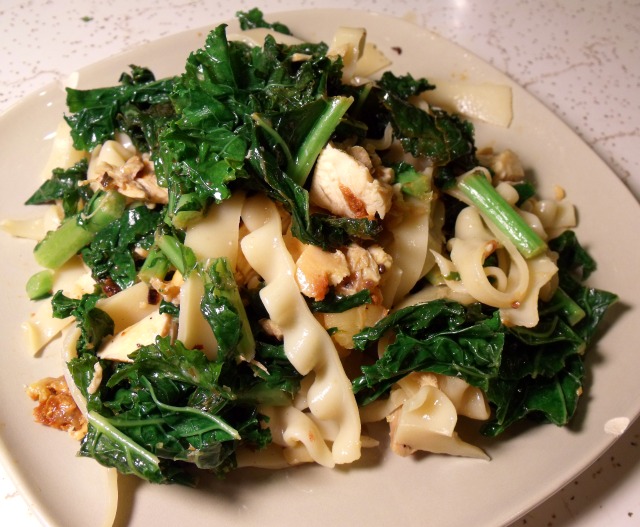