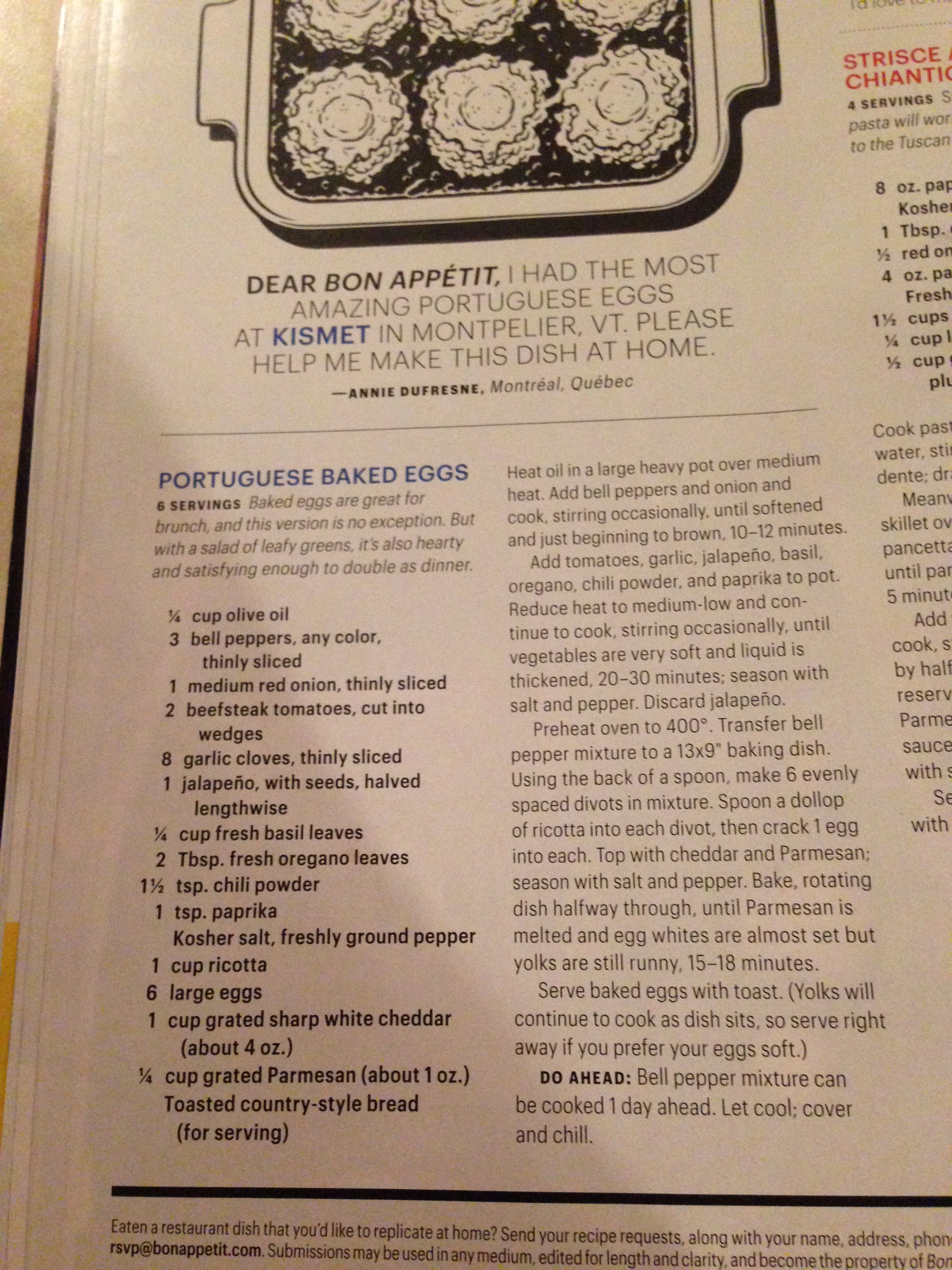 Served with bacon-kale salad (red onion slices, chopped crispy bacon + drippings & orange champagne vinaigrette) and crusty French bread for scooping up the sauce!  BUT, this needs to bake for about 25 minutes in order or the yolks to set properly.

When I came across this idea in one of my favorite lunchtime food blogs, Manger, I was like, that is one of the craziest things I’ve ever seen someone do to an egg!  And then immediately decided, I had to try it.  I really feel for people who don’t like eggs or for whatever other reason have to exclude them from their cooking repertoire.  They’re so cheap, easy, healthy, and — clearly — versatile.  A lot of times if I’m running late for work I’ll just scoop out a tupperware full of brown rice from the fridge (I make a batch or two per week and keep it in there, along with some corn tortillas, for whenever I need a grain component in a meal), wrap two eggs in paper towels, and bring them with me in my bike basket.  I can hard or soft boil the eggs in my hot pot at work, and with some sriracha or Aardvark hot sauce, even something as simple as this can get me through the day.

However, this tea egg idea sounded even better.  Anything I can do in big batches ahead of time piques my interest, and this was the perfect food project to have simmering in the background while I cooked the rest of my dinner on Monday night.

I tried this out with 6 eggs, though she says you can use up to 12.  You simmer them for so long, I imagine the same proportion of spices will work even for a dozen eggs.  So you start by boiling them, just as you would for regular hard-boiled eggs.  (My method: put the eggs in the cold water, right at the beginning, and let them warm up as the water comes to a boil.  Once the boil starts, set the timer for 9 minutes, and then remove them and immediately plunge them into ice water.  The stark contrast makes the shell pull away from the egg and they peel easily and flawlessly, every time.)

Then, you crack the shells of each egg gently, with the back of a spoon, which allows the broth to seep in as the eggs simmer.  I thought I might have cracked them too hard, but they turned out perfect!

Meanwhile, into the same pot, I added 2 tablespoons of black tea leaves. 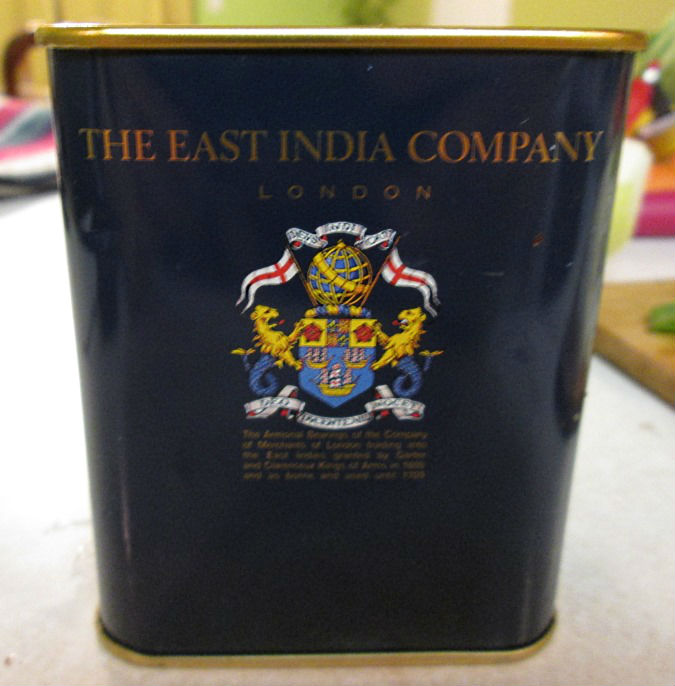 1/2 cup soy sauce (we buy these gigantic jugs of it at Fubonn for like three dollars). 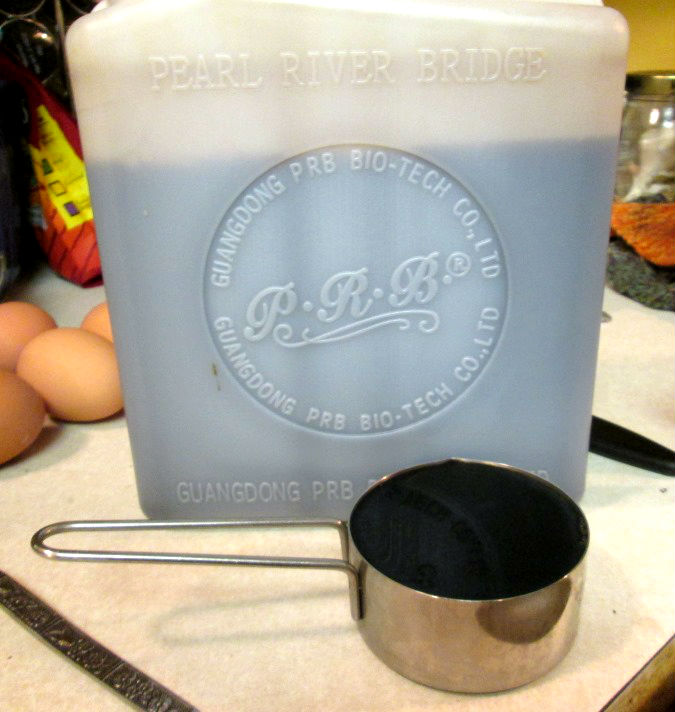 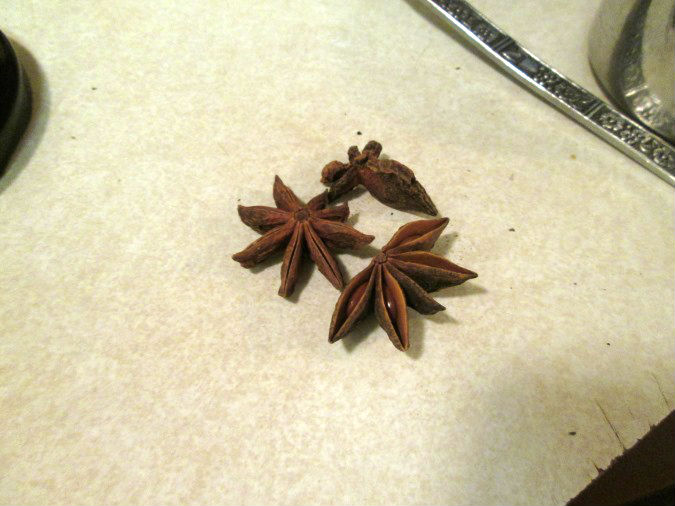 And she recommends “2 pieces of dried orange peel.”  Not really sure what 2 pieces means, but I did have half of an orange sitting in the fridge, so I peeled off a few chunks from that and threw it in, too.  Oh, and a tablespoon of brown sugar, and a cinnamon stick. 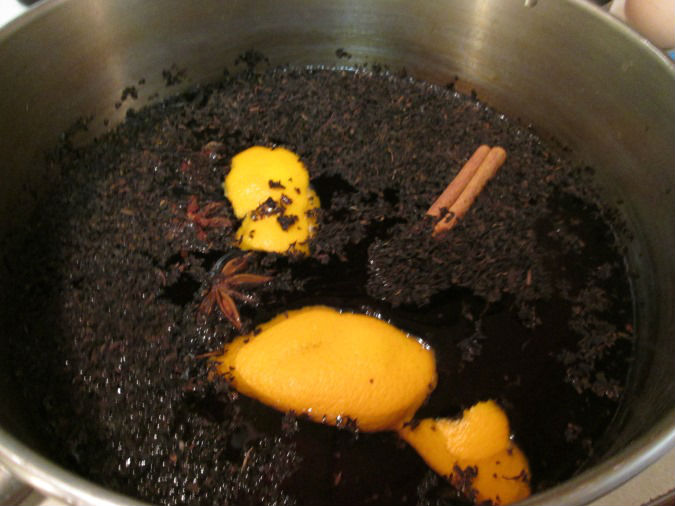 Then I added 4 cups of water (and the eggs), brought it all to a boil, and then turned down the heat and let it simmer for 3 hours.  It smelled awesome all the while, and the next morning I woke up ravenous and tried one right out of the pot.  It was amazing.  I’m totally going to make a batch of these every week or two just to keep on hand for a quick protein fix.  I’m happy enough with a hard boiled egg as a snack, but feel like I need to dress it up with salt and hot sauce to really feel like I got something out of the deal.  But these!  They’re perfect little self-contained flavorful nutrition bombs, in their very own packaging. 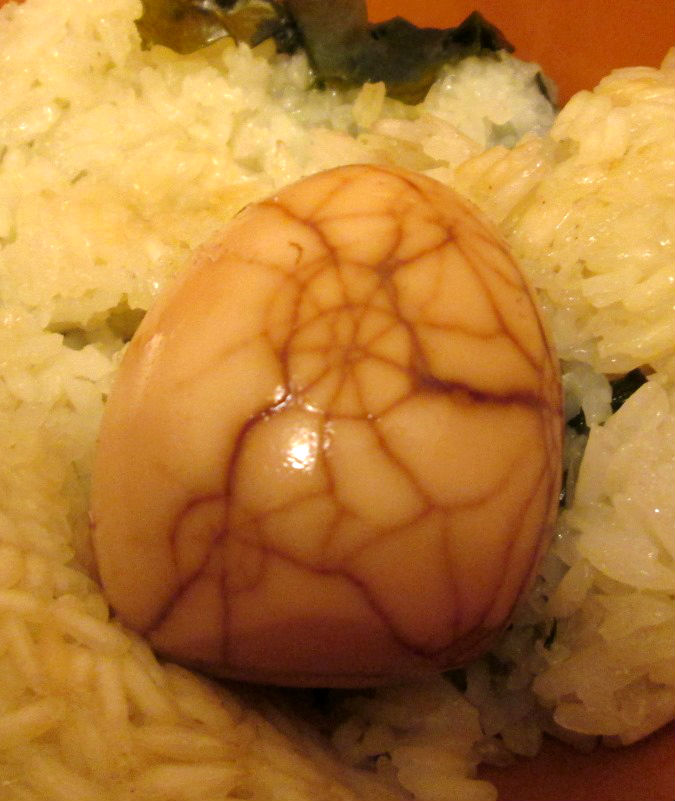 After 3 hours of simmering, the white layer becomes a little tougher, and the perfect balance between sweet and savory.  And once I saw the marbled effect that the shell-cracking lends, I was like, oh yeah!  I’ve seen these in Chinese restaurants before!

Today for lunch I heated up some sticky rice and seaweed that I had in the fridge (again, big batches that I like to have on hand for any occasion), and ate it with the egg still cold.  Awesome. 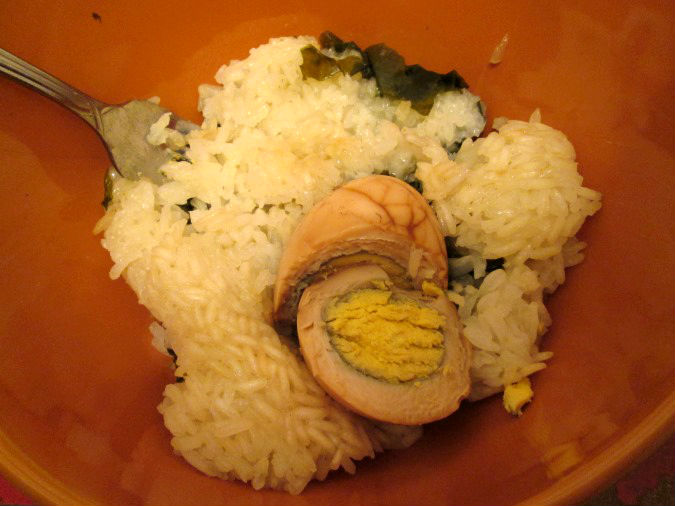