So, I went to the Fubonn Asian grocery the other day. 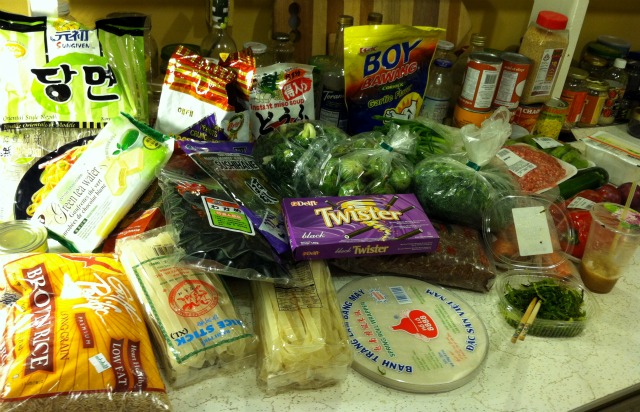 It’s pretty insane how much food you can get there, in sheer volume, for $76.  This includes a ready-made seaweed salad and Vietnamese iced coffee, for consuming while strolling the aisles in awe.
Here’s one of my favorite quickie meals to make, especially when I have a lot of veggies on hand.  This, along with the Tom Kah soup, is also the dish by which I judge every Thai restaurant I go to (you know you have one), and it’s an extra treat to be able to throw in whatever vegetables and protein I want, since I always feel like I want there to be just one more vegetable in there when I order it out.
You need to get about a 20 minute head start on this one, since the first step is to soak the wide rice noodles (these packs sell for $1 each, people, and you only need to use half of one for a two-meal batch of this) in warm water.  You can do it while you’re chopping the veggies! 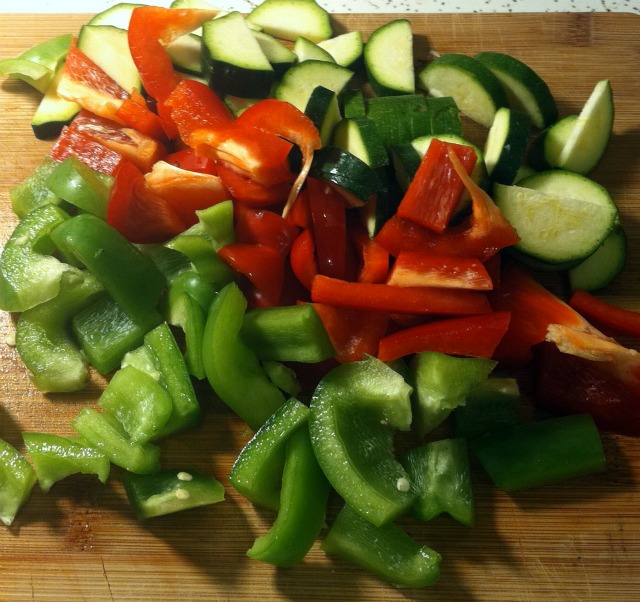 Once you’ve let the noodles soak, stir fry them quickly in a wok with a little bit of vegetable oil (I just use the oil that I had seasoning my wok from the last session) with 2 tablespoons of dark soy sauce and about a teaspoon of sugar, then add in two cloves of chopped garlic.  Once all the sauce has been absorbed, transfer them to a separate bowl for a minute.  You need some space to cook the other stuff. 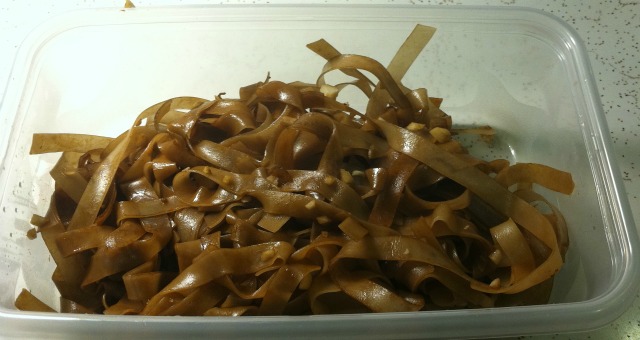 Back to the wok, saute up your veggies and whatever protein you’re using.  Tonight, I used Trader Joe’s pre-cut cod pieces, peppers, and zucchini (adding the zucchini a little later so it wouldn’t get too mushy).
Once the veggies start to get soft, add equal parts dark soy and rice vinegar, a few splashes of fish sauce, a spoonful or two of sweet chili paste, and a drizzle of sesame oil.

Once the sauce has been absorbed and the veggies are the consistency you want, add those noodles back in for the last minute of cooking and mix it all up — particularly useful if you’re using a frozen protein like the fish, which will lose a lot of water.  Let those noodles sop it up instead of your veggies!  It will make the noodles wonderfully stretchy, too. 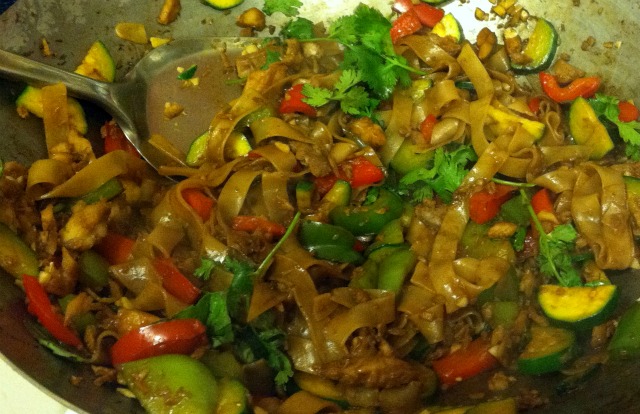 I just happened to have some cilantro left over in the fridge, which was a spectacular addition at the end!