Well hello there!  I know it’s been awhile.  I like to think that I can juggle 3 different businesses, a social life, family drama, gigantic yarn-related events, cooking delicious and healthy meals for myself and loved ones, and taking pictures along the way, but…apparently one of those has to fall off the radar every once in awhile.  Sorry ’bout that.  The good news though is that I just had a record breaking weekend at Yarnia, thanks to the Rose City Yarn Crawl (and I was on TV!!), and then Jesse and I got to go soak in some hot springs for 36 hours — one of our favorite annual traditions and getaways, a much needed treat for both of us since I was drop-dead exhausted, and Jesse hurt his shoulder over the weekend and was in need of some anti-gravity heat therapy!  Our timing couldn’t have been better.

Back on the home front, Jesse and I have been poring over cookbooks for weeks while we eat take-out pho and super simple meals that can be thrown together by a guy with only one functioning arm, and a lady working 14-hour days…fantasizing about a time when we’ll actually be able to spend an evening trying out a new delicious recipe or crafting a new meal.  I think that week is upon us!  On my way home from work last night I picked up the ingredients for some pretty incredible looking cabbage rolls that we spotted on a mysterious new channel that just popped up on our Roku recently, featuring a stout Polish woman cooking a Christmas meal for 50 that, for some reason, enticed us to action. But we’re making those tonight after work, so you’ll hear about those later.  In the meantime, I got to whip up a quick and easy meal for myself last night while Jesse was out trying his left hand at bowling (apparently he’s more ambidextrous than he thought!).  I was at a business class until 7:00 and still had a conference call and a newsletter to finish, waiting for me at home, so a super simple meal was just what I needed. 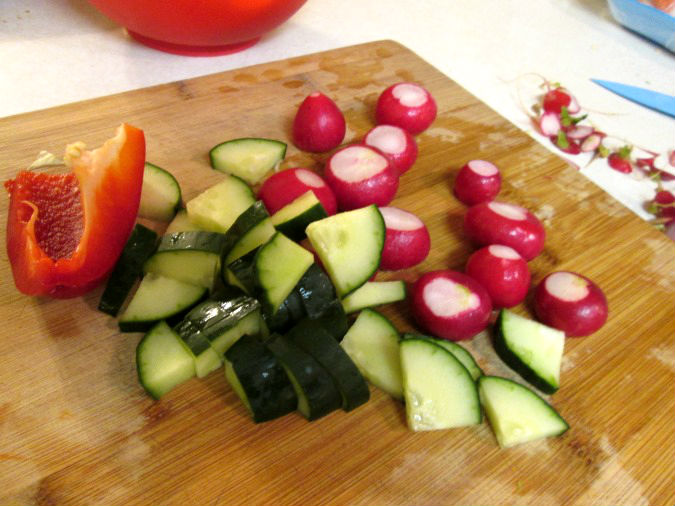 First, a refreshing, protein-alicious Crab Louie salad with iceberg lettuce, cucumber, radish, a little red pepper, and some fake crab that the Woodstock Safeway always has a great deal on in their seafood section. 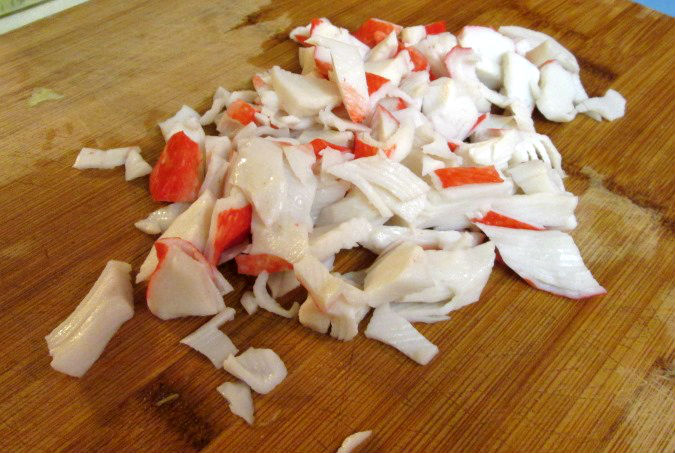 Not even feigning homemade here, I bought some lite blue cheese dressing, the one that had the fanciest jar. I was craving something starchy and fried, like grocery store JoJos or something, but then this recipe for “hot crash potatoes” popped into my head after reading it earlier last week, and I grabbed a bag of waxy yellow potatoes at the last minute. 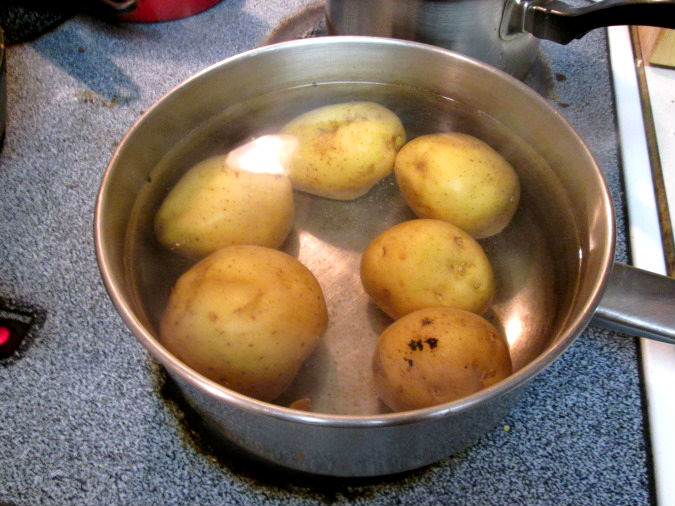 I got these boiling while I chopped the salad ingredients, and once they were soft enough to mash, sliced them in half, set them on a baking sheet, and “crashed” them with a fork. 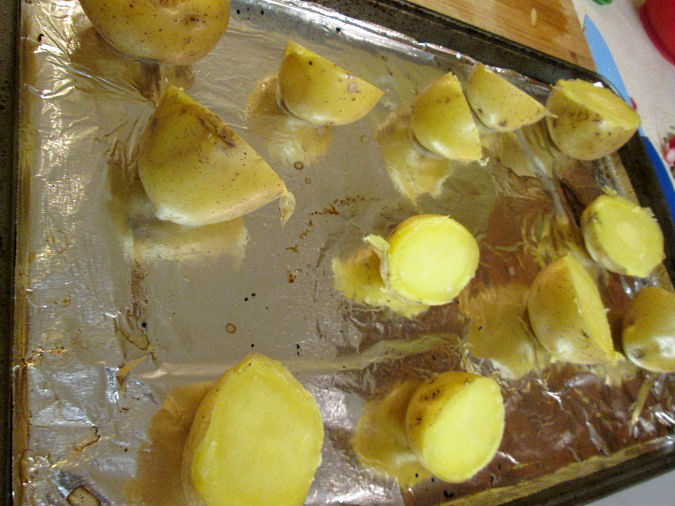 I probably could have cooked them for a few minutes longer, so they would really be the consistency of ready-to-mash potatoes, and I would have ended up with less craggy, crumbly piles.  But hey — we’re talking about potatoes, oil, and salt cooked at high temperatures…you really can’t go wrong. 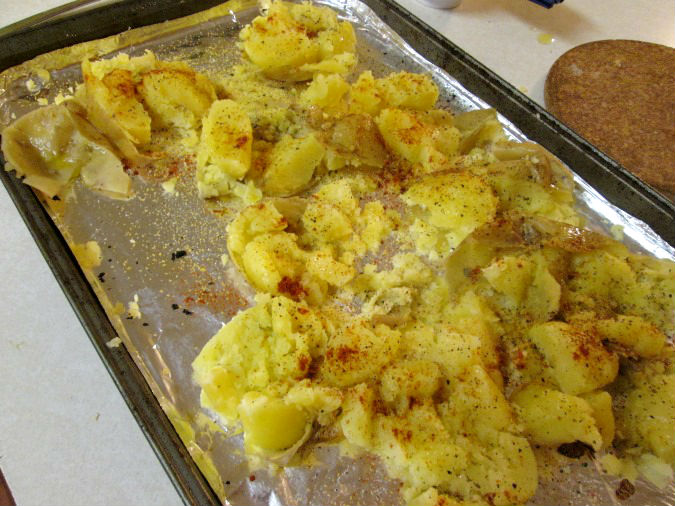 Atop these potato piles, I basted some olive oil, salt, paprika, and pepper — that’s all it takes to make a good potato — and stuck them in the oven at 400 degrees until they were brown and crispy.  The skins totally submit and fall off without provocation, crisping up to perfection. 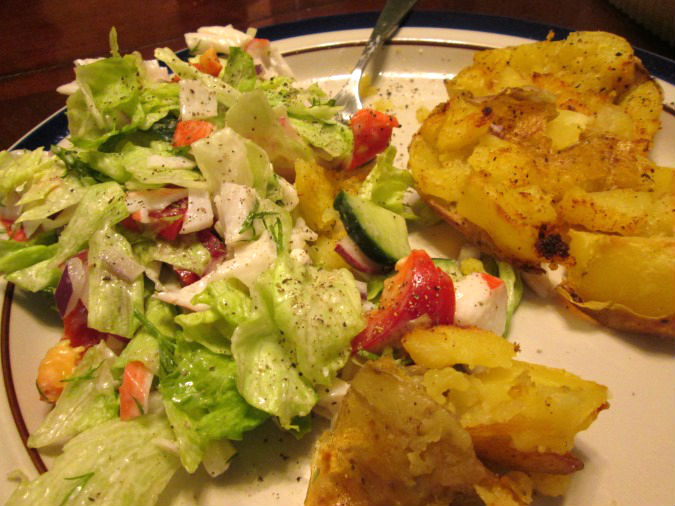 One thought on “Crab Louie and “Crash” Potatoes”