This was not a huge cooking week.  Between having my fridge full of leftovers after my mom’s visit last weekend, being cooked a delicious dinner (below) by two of our friends Tuesday evening, barbecuing with more friends on Wednesday for dinner, and wanting to clean out the fridge for the coming weekend, when we’re gonna head out to the Salmon River for Kate’s 3rd Annual B-Day in the Woods, I haven’t been too focused on coming up with elaborate meals.

But Elizabeth has been! This is the meal she whipped up for the four of us on a lovely summer Tuesday evening in their backyard.

So, last night was kind of a leftovers night.  I came home from work starving, and before I could even run around the corner to Grocery Outlet to stock up on camping food for the weekend, I threw on some rigatoni pasta to boil. 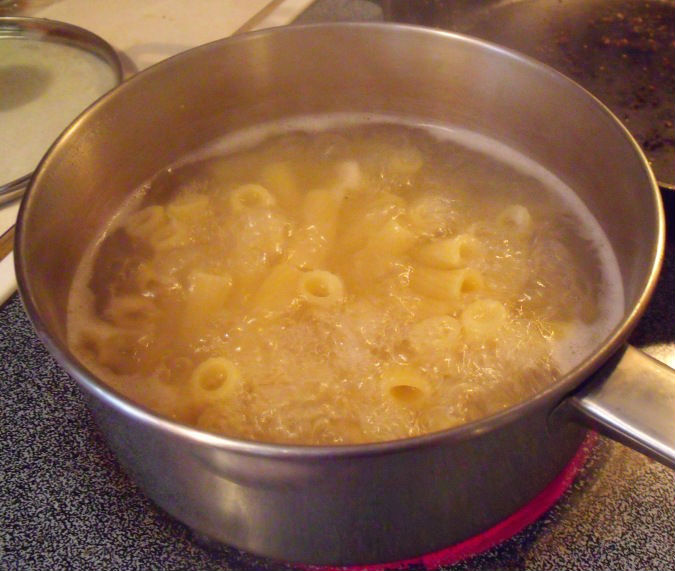 Jesse has been moving in slowly, bringing over the most absurd odds and ends to gradually mark his territory in the new house: his backgammon board and travel Yahtzee, his bike (that was a biggie), and most recently, a half gallon of whole milk (Jesse is the only person I’ve ever met who unabashedly purchases milk “in the red carton”), some Raisin Bran, two packages of cheapo looking cookies, and a jar of pasta sauce that he had doctored up last week with a bunch of veggies and meat.

I knew this sauce must be on its last legs by now and he wouldn’t be getting to it before this weekend, so once the remainder of that box of pasta had been all cooked up and drained… 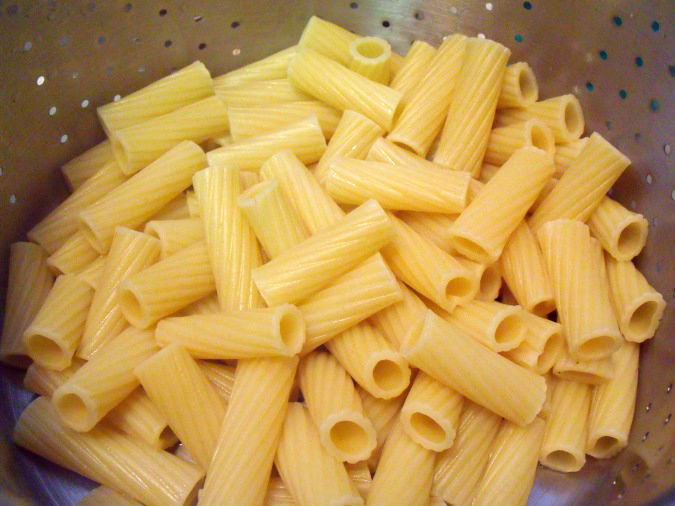 I heated up the sauce, throwing in nearly half a bag of spinach leaves to give it a little more veggie power. 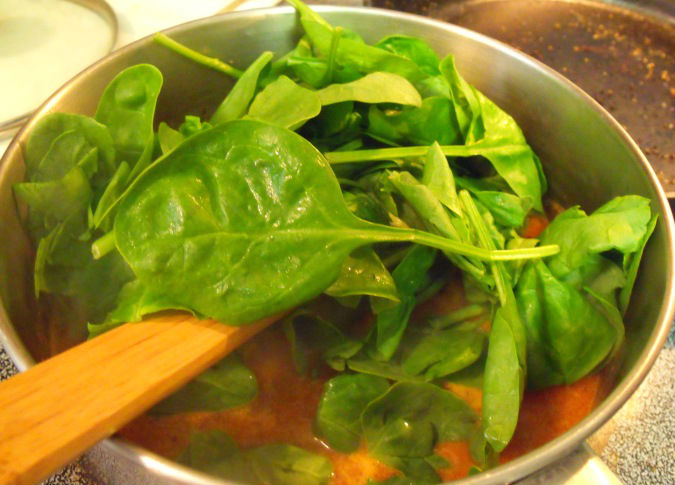 These obviously shrunk down to invisibility instantly, so I also made a little nest in my bowl with another handful, over which I ladled the pasta and sauce, mixed together.  (Oh, and I also threw in the last of some sliced gouda that is still delicious, but probably not soft enough anymore to use on sandwiches.)

Next?  I knew I’d probably cry if I came back from camping and that entire gargantuan bag of baby bok choy that’s been sitting in my crisper since my venture to Fubonn had gone bad.  Here, I kept it simple.  I chopped off the stems, rinsed off the leaves, and sauteed the entire bag of bok choy in some coconut oil.  I threw in the last of a package of TJ’s chicken nuggets too, going along with the theme of using up odds and ends to turn this meal into something a little more interesting. 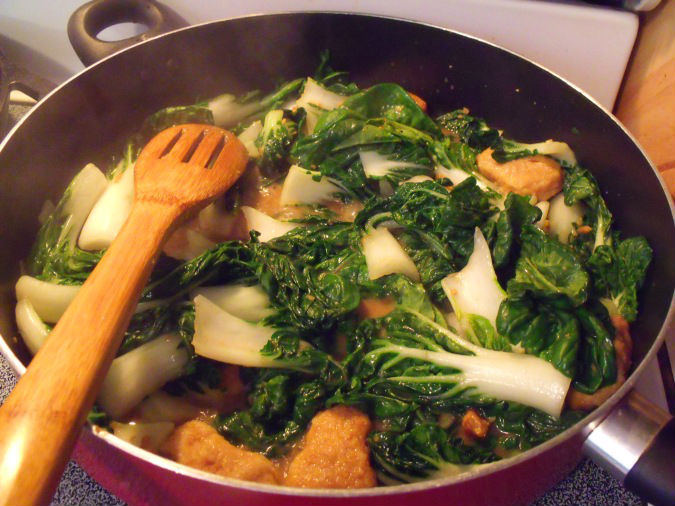 Once that had all cooked down a little, I poured in the remainder of an Asian dressing I had made the other night when we had Matt and Erika over — I had made a soba noodle salad with my go-to peanut sauce, but reduced the amount of peanut butter by about half so it wouldn’t be as thick and creamy as I’ve made for the last two festivals…I was getting kind of sick of that version.  But, I ended up with the perfect amount left over to give this dish a little flavor and kick.  And then of course, I topped it off with the last of my Thai chili peanuts from TJ’s. 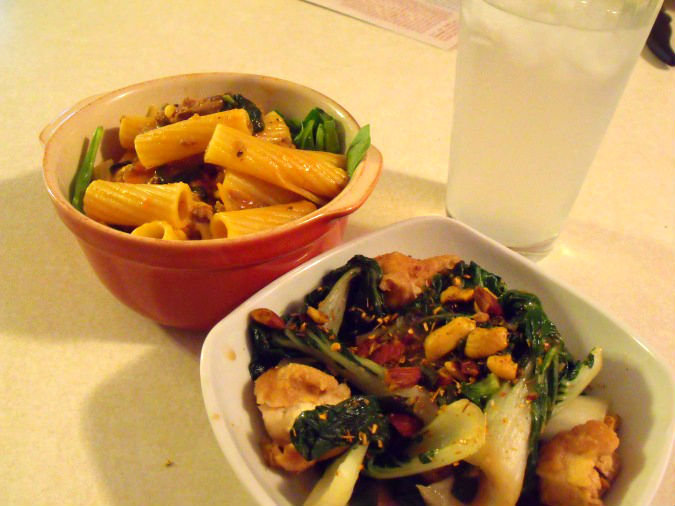 Note: I have been doing woefully bad at sticking to a budget this month.  I think it’s a weird combination of every single weekend being a festival that we’re prepping like 13 meals’ worth of food for at once, adjusting to Jesse being around and the fact that he eats about 3x as much as me but we haven’t really had a conversation about how the next phase of our life together is going to mesh with this blog, and that I now live 3 blocks away from the Grocery Outlet, which is so insanely cheap, but also imparts a scarcity complex of buy-this-now-because-it-may-never-be-as-cheap-again-ever-in-the-world.  Thus, I end up coming home with muffin-flavored oatmeal and 1-gallon jars of pickles when I was really just trying to pick up some tortillas and cheese.  I need to rein this back in.