I don’t quite know how I’ve made it 30 years without ever using a crock pot, but it’s true.  I feel like most of the meals I make are fairly quick and simple as it is, so I never latched on to the true romanticism of throwing all the ingredients together in the morning and coming home to a ready-made meal. 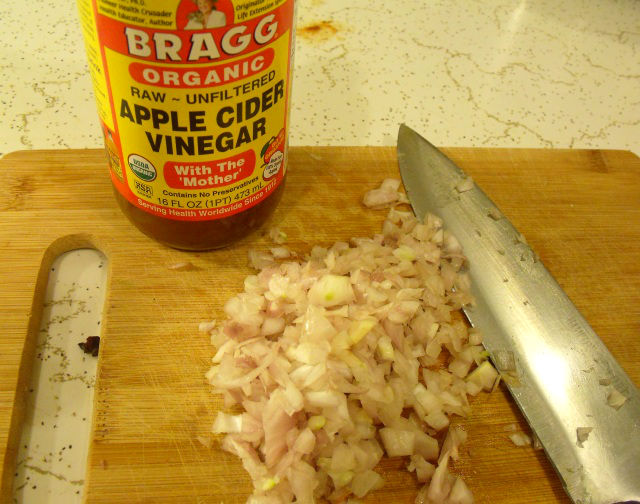 Especially because, I’m now realizing, even if it’s just chopping and measuring, doesn’t that require you to do all the work either after you’ve cooked your regular dinner the night before, or in the morning while you’re drinking coffee and the idea of chopping onions and garlic is sort of nauseating?  I’m a die-hard breakfast traditionalist though, so maybe that’s just me.


In any case, practical or not, I was still curious.  So last week, I asked Jesse if I could borrow his slow cooker for the occasion, and did some online research.  I didn’t want to do a soup or a stew, because I feel like I already do that on the stovetop like every week, probably just using a lot more water as I let it all cook down, evaporate, and then add more to continue the process.  New appliance should equal a new style of food, right?! 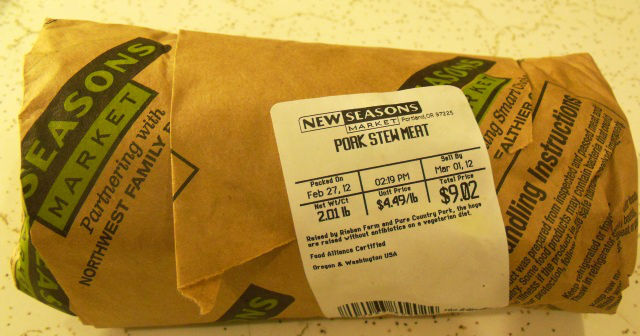 Well, I’ve certainly never bought pork in this form before, but I stumbled upon this recipe and decided to try it out.


So true to legend, I really just chopped all this up and threw it in the pot:


A whole yellow onion, a few cloves of garlic, a handful of raisins, and a dried ancho chile pepper… 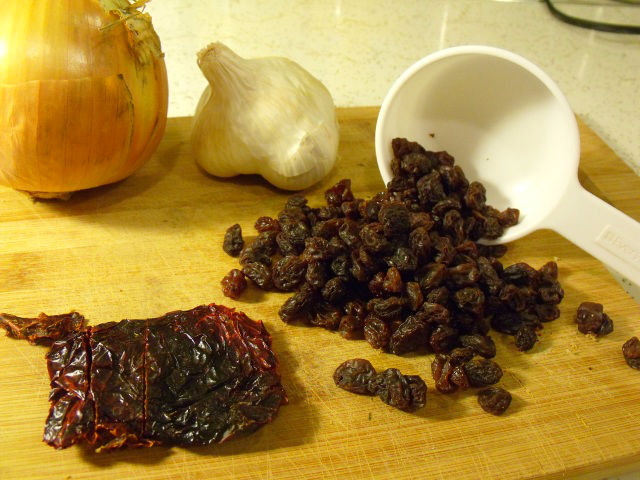 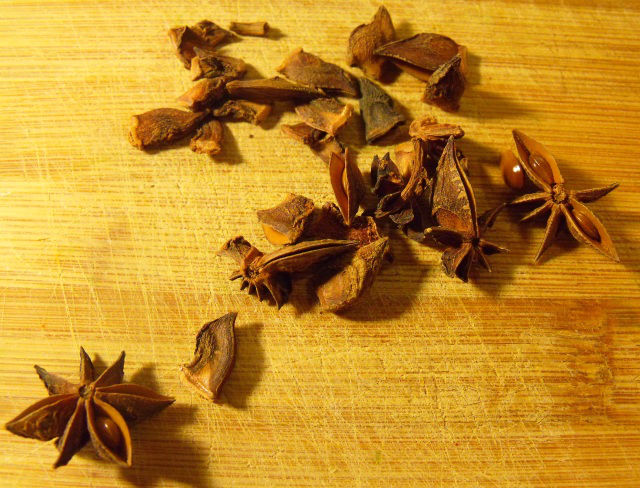 And a whole bunch of other stuff, including: 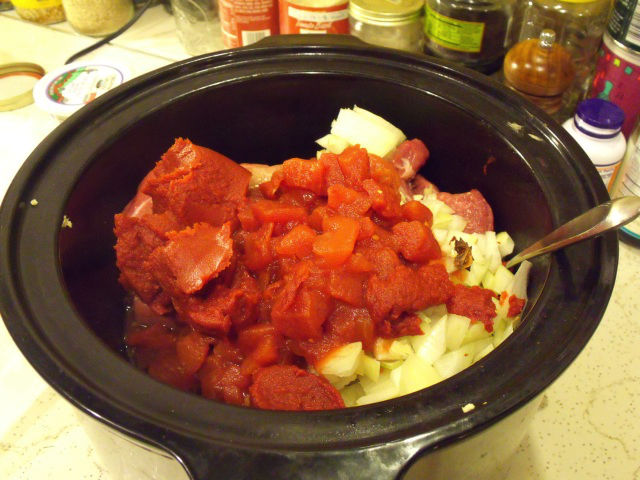 It looked pretty unappealing at first, but… 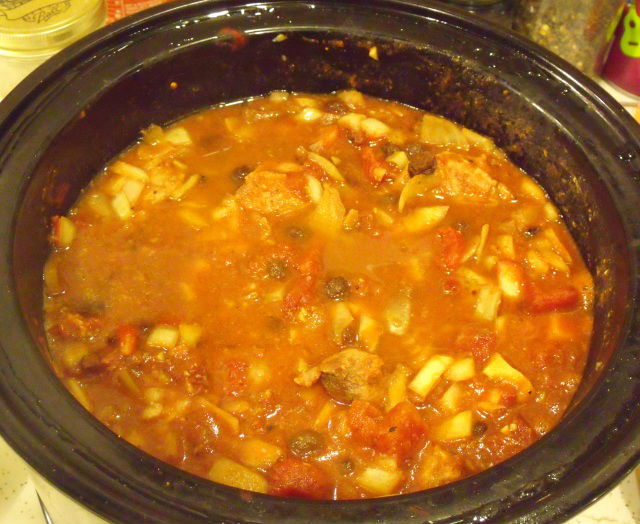 Pretty awesome after 4 hours on low and 4 hours on high in the slow cooker.


My idea was to make little tacos, so I heated up some corn tortillas I had in the freezer, made a big pot of wild brown rice pilaf, and this slaw from Smitten Kitchen that I’ve been eyeing forever, replacing the napa cabbage with some regular green cabbage and sliced (rather than diced) radishes. 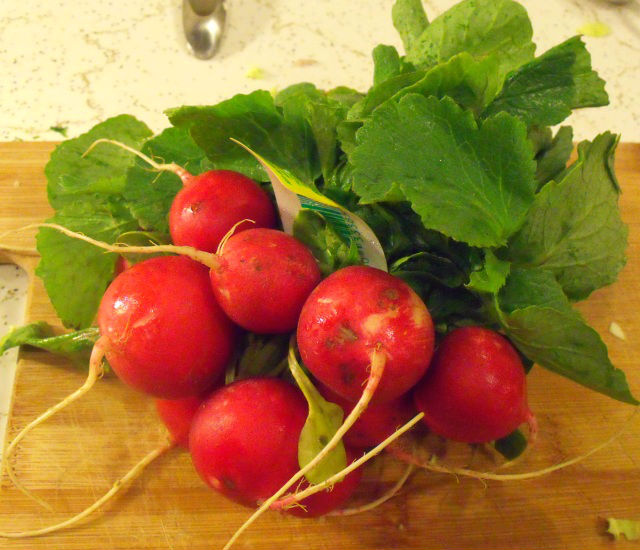 For the dressing, I shook all these together in a jar and poured it over the top of the salad:

Okay, I could get used to this crockpot thing. 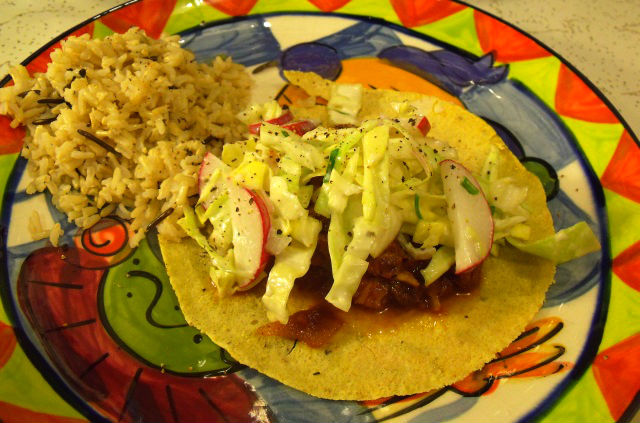 Let’s check out how my other fellow Project: Food Budget-ers did this week!