Well, I totally forgot to take any pictures leading up to the completion of last night’s dinner, but that’s probably okay, since this is one of the easiest soups you’ll ever make.  I’ve made many variations of carrot soup before, but this one had a few new elements to it — inspired by the Esalen cookbook which I’ve been slowly working my way through all the bookmarked pages of, I also added an apple to the mix, and roasted this along with the carrots instead of simply throwing them in to the pot to boil.  I don’t know how much of a difference that really made, but this soup was delicious so let’s just go with it.

The first thing I did was chop my carrots into thirds — nothing too labor-intensive here — along with a cored apple.  These got coated with olive oil, salt, and pepper, and roasted in the oven for 45 minutes.

Meanwhile, I did the usual soup-prep thing: chopped up an onion and a few cloves of garlic, and this some some ginger, too.  I sauteed these all in some olive oil, along with a few spoonfuls of my Indian curry powder.  Once the onions were translucent, I filled the pot with broth (using Better Than Bullion these days, since until last night, we haven’t roasted a chicken in ages!), and let that simmer until the veggies were done.

Once they were soft, I took them out of the oven, added them to the broth, and brought this to a boil.  I was too lazy to get out the blender, so I mashed the carrot and apple pieces directly in the pot with our potato masher (an immersion blender is #1 on our list when we go to Kitchen Kaboodle to spend the Hanukkah/Christmas gift cards we received from Dad and Kathy this week!), and added half a can of coconut to give the soup some creaminess.  And because coconut milk is delicious in just about anything. 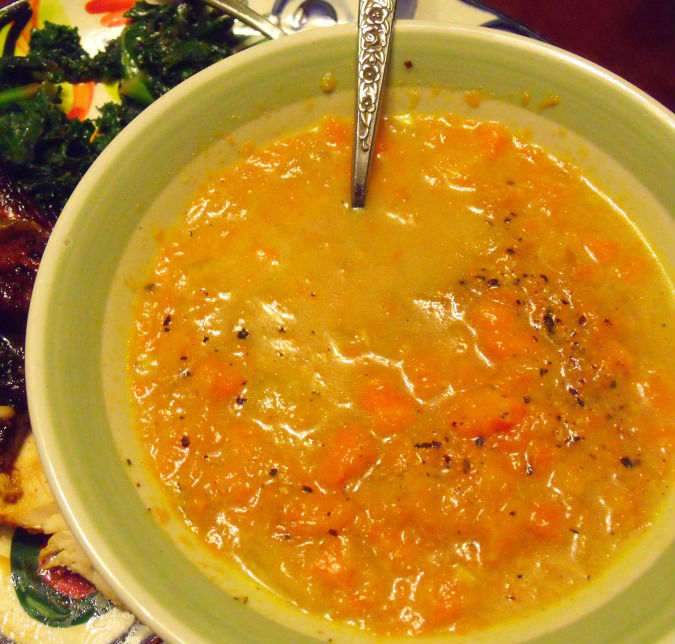 For the rest of this meal, I have Jesse and Hollis to thank — Hollis, who brought over some kale which I quickly sauteed in the skillet in a bit of coconut oil, slat, some Balti seasoning from Penzey’s, and a few squirts of my favorite lemon juice — a perfect green side dish to accompany this meal; and Jesse, who swung by New Seasons on his way home from work and already had the chicken roasting in the oven by the time I got home in time for a nice Thursday night dinner with two of my favorite people.

Oh, but this wasn’t just any chicken roasting.  It was a chicken slathered with this. 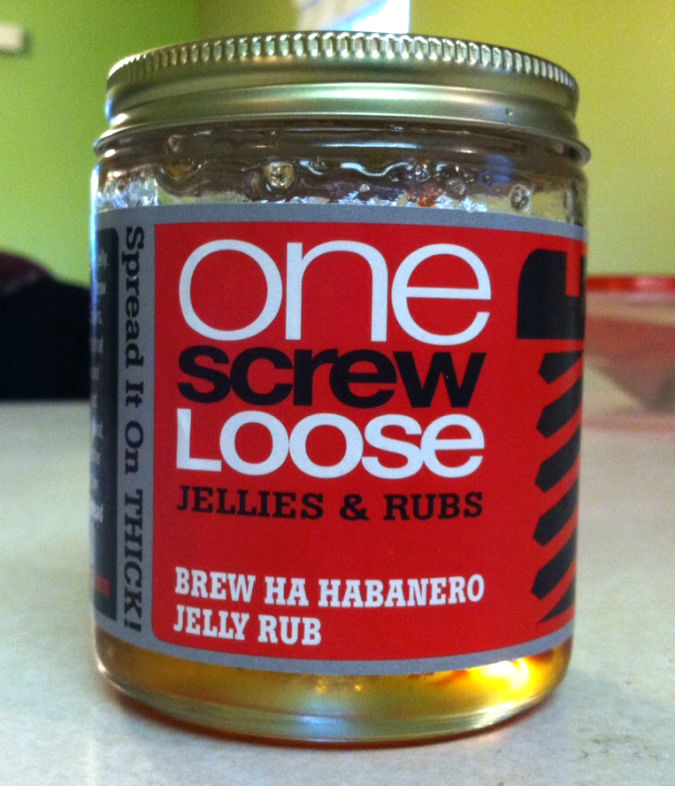 He also injected this directly into the breast of the chicken with a syringe, if you want to really know how this went down.  This rub is courtesy of one of my vendors at the Urban Craft Uprising, and it is amazing.  I mean, I even though it was amazing when I sampled it off of a wooden stick at the show, as well as smeared onto a crust of some leftover baguette and topped with brie while impatiently waiting for the carrots to finish roasting for the soup.  But hot damn, rub it all over a chicken and pop it in the oven at 400 degrees for an hour, and you will never be able to eat a regular roasted chicken again. 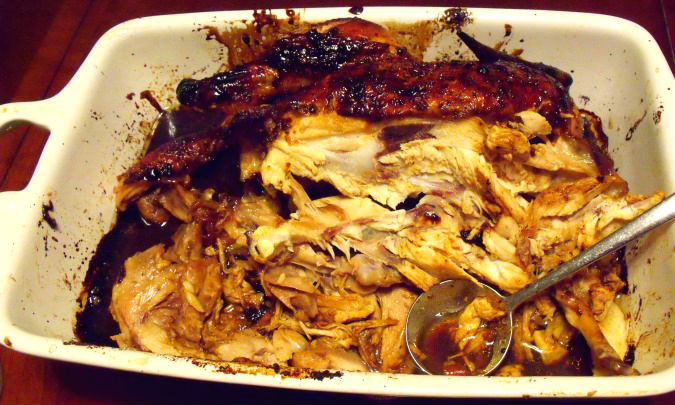 This is but one of half a dozen different flavors that we acquired from One Screw Loose at last weekend’s show, and be warned: this may be appearing on most meat we consume for the next few months. 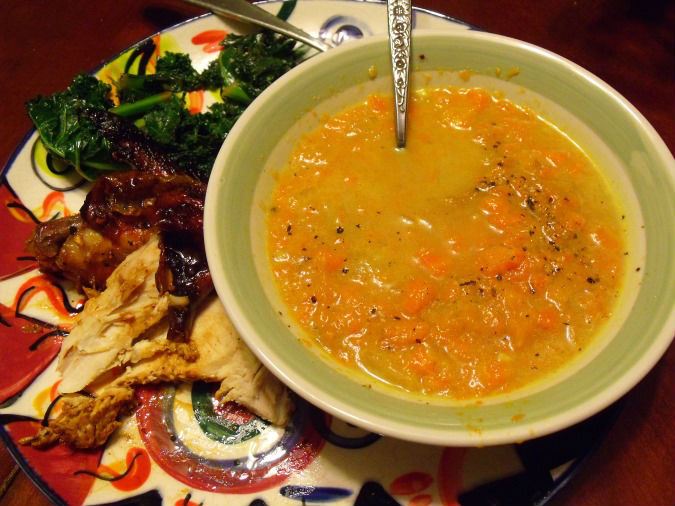