First crock pot meal of the fall!  I spotted this recipe in a crock pot roundup awhile back and decided this week was the perfect time to give it a try.  Winningly simple, as a crock pot recipe needs to be to make it into my book, this was as easy as chopping up some veggies, throwing boneless skinless chicken thighs into the ceramic bowl, adding some spices, and leaving it to do its work. 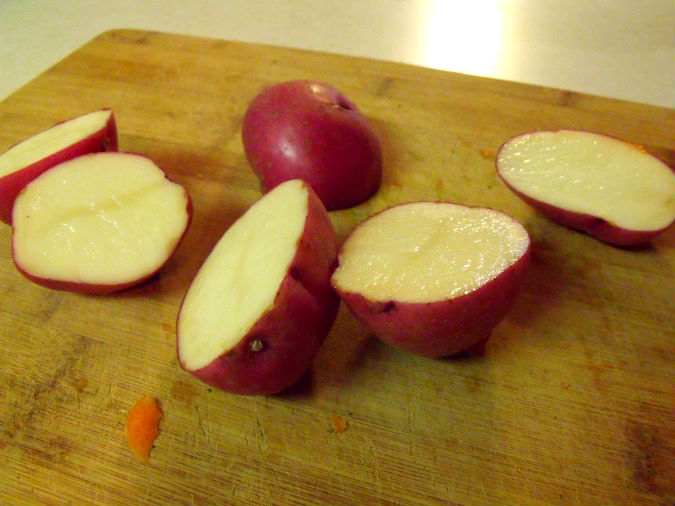 These got thrown in the post with some sliced carrots and a tub of homemade chicken broth. 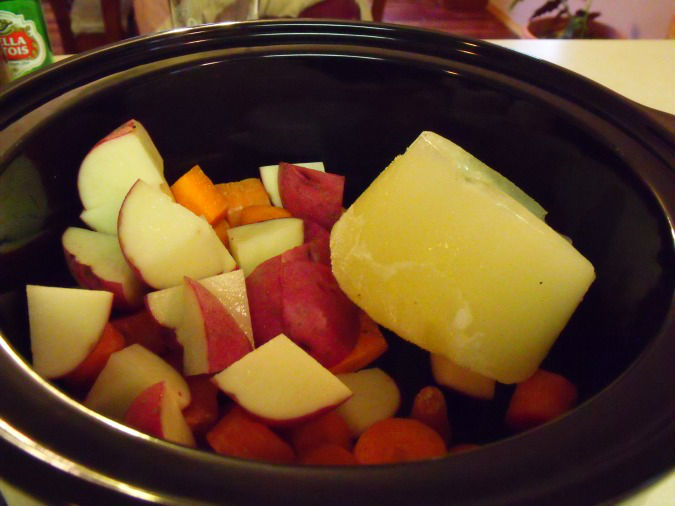 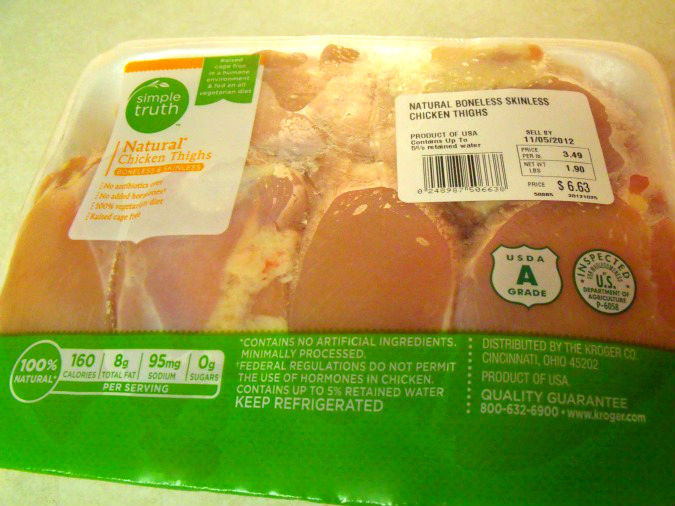 What else goes in here?  Just half a cup of white wine, 4 cloves of pressed garlic, and a teaspoon of salt. 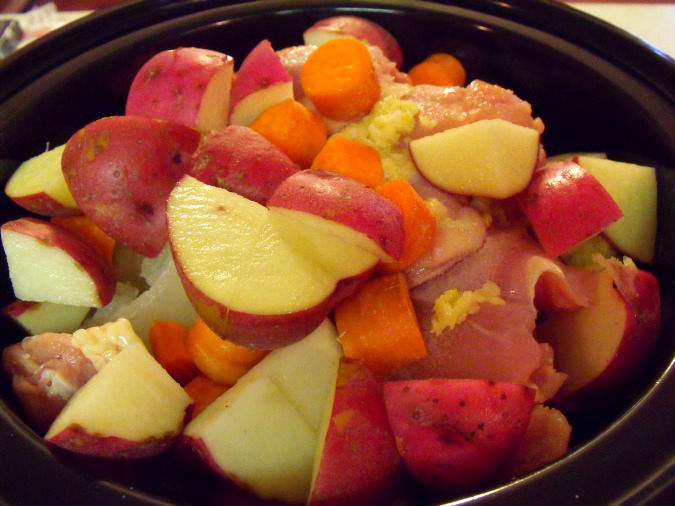 Our slow cooker is reeeeeally slow, so this actually cooked on our kitchen counter for a good seven hours on Wednesday while we were both at work, and was done just in time for me to come home to find Jesse putting the finishing touches on his Halloween costume (he was a shadow) and to pull off these final steps:

* Removing most of the chicken and veggies from the broth and thickening this broth up with a mixture of these ingredients, whisked together separately:

* Letting this sauce thicken up for a few minutes in the bowl of the crock pot, and then pouring it over the chicken and veggies as a  rich lemony dressing. 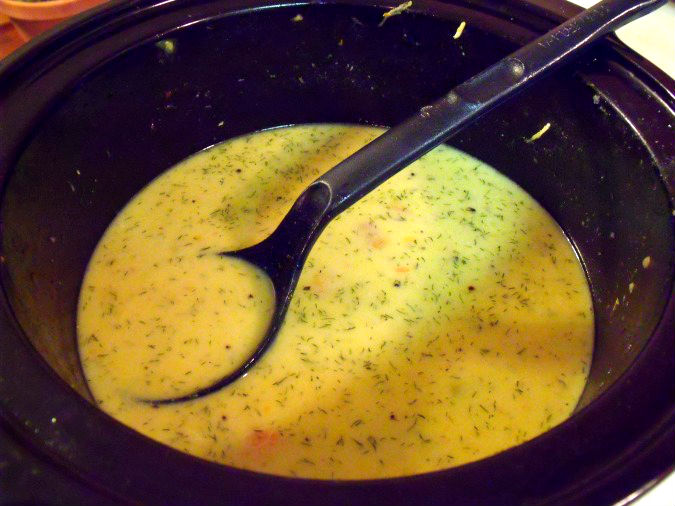 I opted out of the Halloween festivities for a much-needed night at home in my pajamas, passing out candy to trick-or-treaters for the first time in my new house (and the first time in 5 years that I haven’t lived in a hidden basement apartment!), and catching up on a host of near-finished knitting projects that have been clamoring for attention.