We have a new addition to our household.

This was a fantastic, much-drooled-over housewarming gift from our friend Tyler, whose promise of Jesse’s dream grill, months ago, finally came to fruition last week, and just in the nick of time.  We had a chili cook-off slated for just two days later, and you’d better believe what we did to our meat. 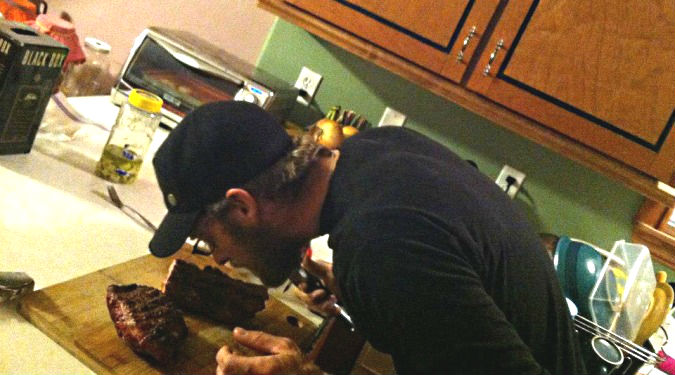 Yup, mesquite-smoked tri tip steak, and a delicately scientific combination of many other secret ingredients that kept us up until 1:00 a.m. last Friday night, perfecting our entry. 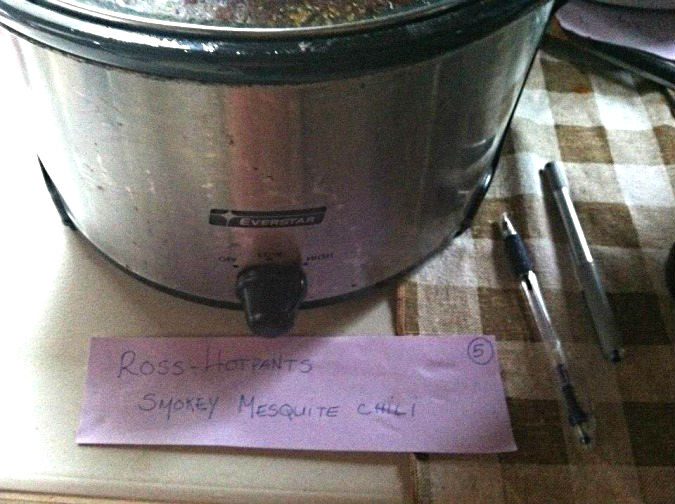 So pretty much, everything this week has been smoked.

It’s soup season, folks, and we’re kicking it off with some rich homemade mushroom soup, the kind that puts Campbell’s to shame. 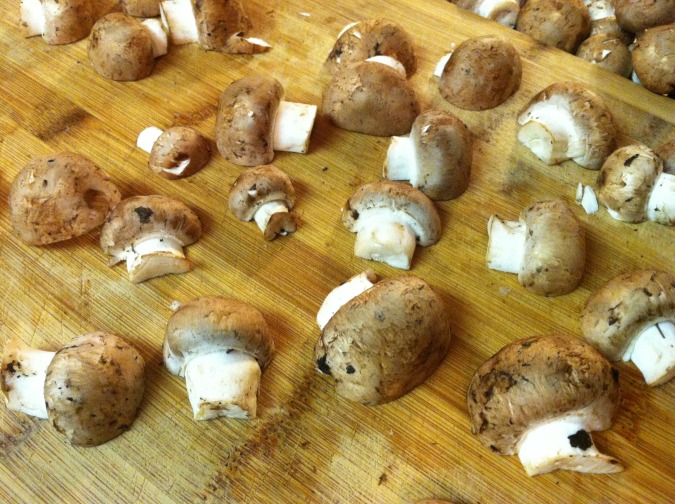 I bought a mix of criminis and shitakes for this purpose, and started off by sauteeing about two pounds of them, chopped, in some homemade chicken stock, along with a chopped yellow onion. 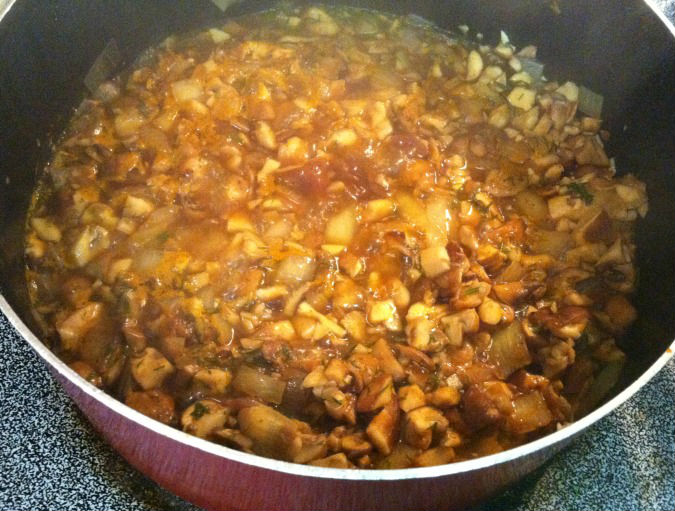 I covered this and let it simmer for a few minutes, waiting for the mushrooms to release their liquid, while I made some side dishes: green beans with masala and coconut milk, and some brown and wild rice with frozen peas, carrots, and some Indian seasonings. 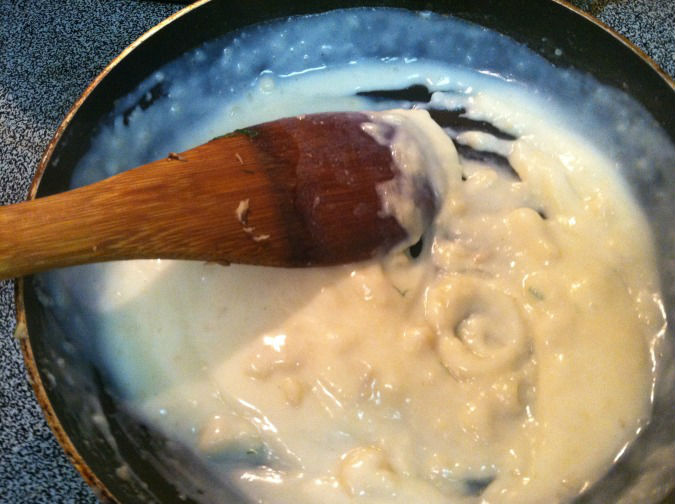 After that, I made a little roux, to thicken up the soup — not as much as I’d make for my cheese sauce, but enough to fill a little saucepan and pour into the soup as it finished cooking — this is just a simple mixture of butter, flour, and milk, cooked down into a smooth paste. 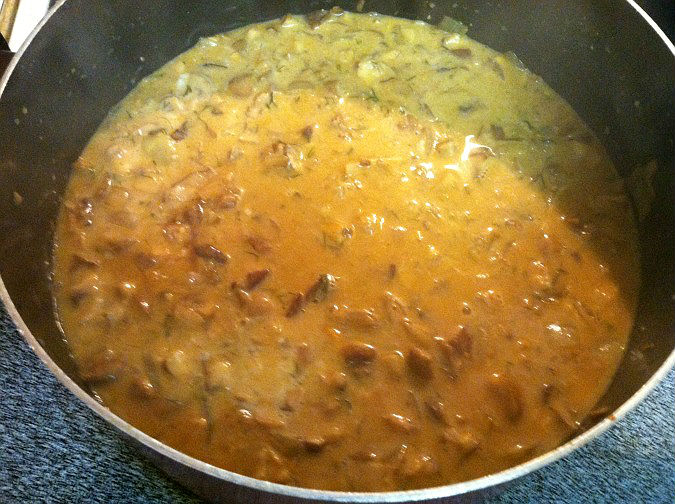 You can see how this thickens and lightens the soup just a bit.  I also chopped up a few stalks of celery and added those in at this point, so that they’d still have a hearty texture when the soup was finished. 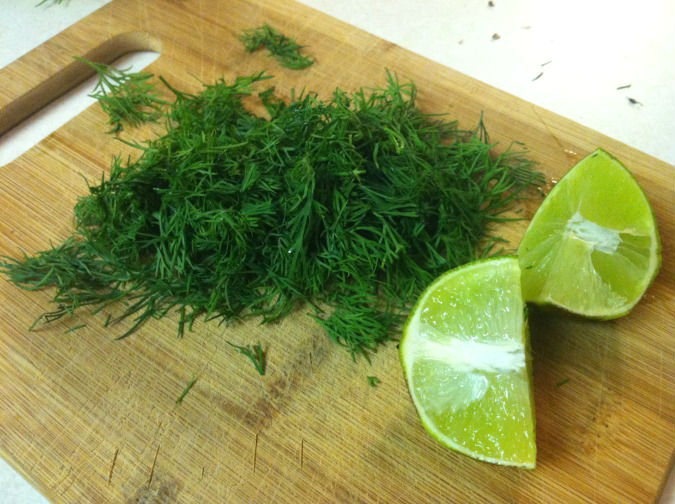 I let this all simmer together a little longer, and just before serving, added some salt, lemon juice, more fresh dill, and cracked black pepper, to taste. 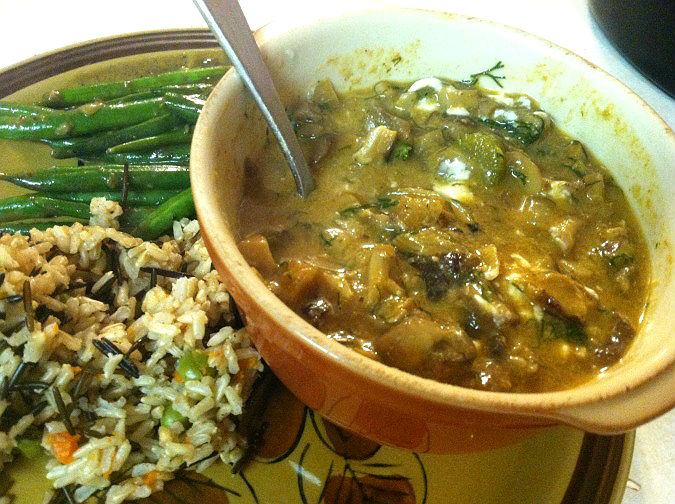