That’s right, I have a new roommate!  Well, as it turns out, he’s much more than just a roommate, but that is what Jesse and I have been affectionately calling each other these past five days since he moved into my house (our house!).  I’ve been kind of blown away, actually, by how calm I feel despite the fact that all but three rooms of the house are completely filled with half-empty boxes,  and that the amount of stuff in the house feels like it just tripled in the course of a weekend.  In fact, living with Jesse feels as seamless and easy as everything has always felt with us, a comforting realization.

There is one question I’ve left lingering though, as the day of his impending move drew closer: how is this going to affect the blog??  I started Six Dollars A Day as a single lady, living alone, and while the number of shared dinners has grown over the past two years, that fact has remained the same, and my $6 a day budget has largely just pertained to myself.

So how am I going to maintain the integrity of the blog, while shopping for two…one of whom eats four times as much as I do, and who cooks at home less often than I stop for gas?  (And I am a bike commuter, if that clarifies anything…)

Of course, the logical solution is to just double the budget, right?  12 dollars a day for two people equals 6 dollars a day for one.  Even the differential in appetites I think will be offset by the economy of scale that can be achieved by splitting a $7 jar of peanut butter two ways.  I’m guessing the biggest hurdle will be Jesse adjusting to becoming a pantry cook, and me adjusting to his buy-10-different-ingredients-for-a-specific-craving-meal style of grocery shopping. 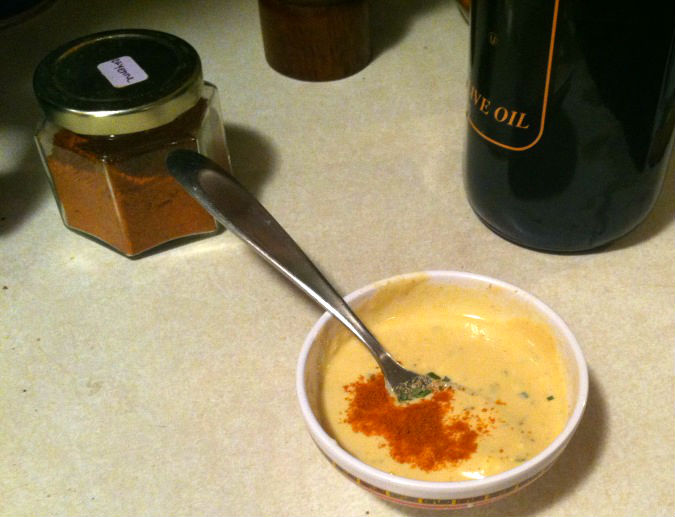 The cool news though is that he’s into it, he’s up for the challenge.  He’s excited about cooking bigger dinners, eating leftovers for lunch, working with what we have.  Given that we are both, in my opinion, awesome cooks in totally polar opposite ways (he cooks meat to perfection / I can make a side dish out of any 3 ingredients; he’ll follow an heirloom recipe to a Jesse tee of precision / I will take that idea I came up with last month and add the last half-cup of mango juice left in the jar to see what happens), I think we have some fantastic meals ahead of us.  And who knows?  $300 a month to play with, even for two hungry people, seems like an astronomical number to me…but maybe it’ll turn out to be more of a challenge than I anticipate! 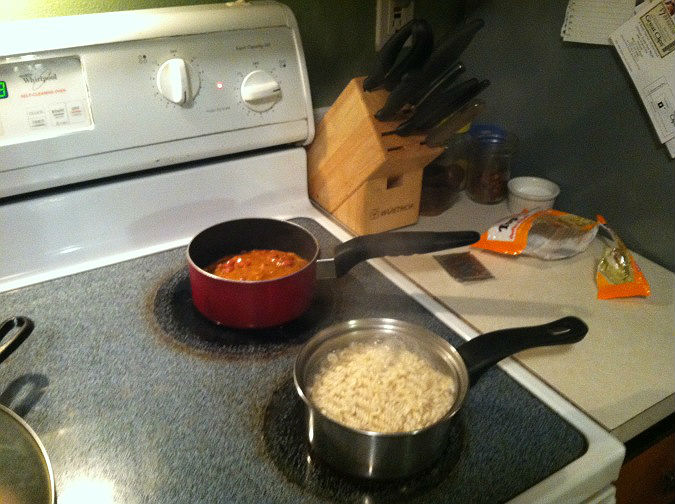 We’ll kick it off with this entertaining and totally apt example: last night, after going to watch the swifts across the river with a bunch of our friends, we hung out at Matt and Erika’s until after 11, catching up with them before biking home for the night.  The hummus and cheese board we had brought as a quaint picnic didn’t qualify as dinner for either of us, and even though it was almost midnight, we stormed the kitchen in a fend-for-yourself rampage. 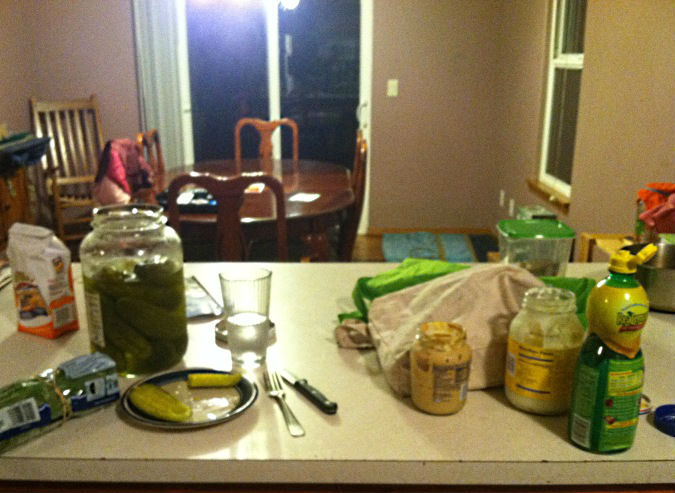 Jesse heated up a can of chili and some ramen (but get this…he cracks and egg into it for protein??), and boldly tossed a large round slice of gouda on top of the former. 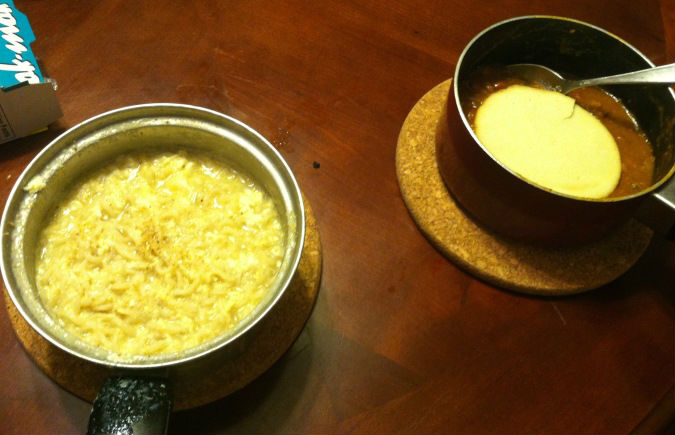 I ate a sauteed salmon burger I’d been storing in the freezer, with fresh wilted spinach and some homemade aioli, on Ak-Mak crackers. 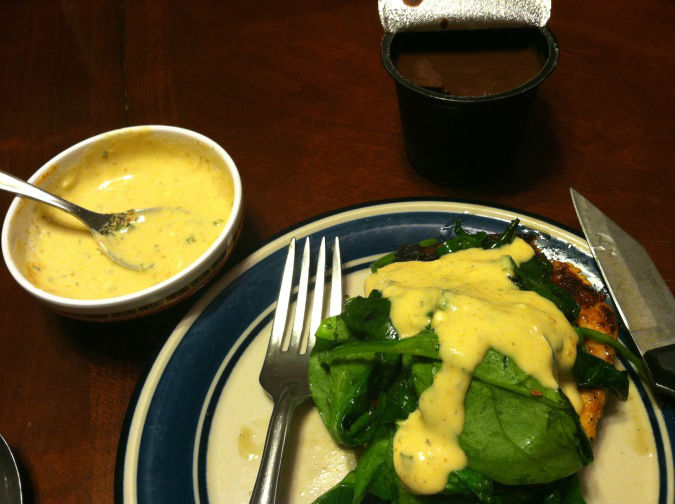 And a chocolate pudding cup.

Both meals landed on the table at nearly the same time (mine was a little earlier, in fact!), and we both went to bed with full tummies.

Here’s to Phase II of this blog!

REMAINING FOR THE MONTH: $14.62 — I could probably technically add in half a month’s worth of funds to this on Jesse’s behalf, but so far it isn’t seeming necessary, and the end of the month’s only about a week off, so I’m going to try to keep to my own budget until October and then double the budget from thereon out.

One thought on “Roomies”