As I mentioned last week, I’m down to the wire for my March budget ($6 left!) so I knew this week I’d be keeping it simple.  I did come in $4 over (spent about $10 on groceries this week).  But given that I’ll be eating this delicious meal for the rest of the week, along with a roasted veggie & chickpea Mediterranean couscous salad that I’m whipping up tonight, I’m feeling okay about dipping a few dollars into my April budget.

(It also helped that I got to use my Groupon last night to try out Hana sushi up on Alberta, and that Jesse treated us to the difference, after four super complex specialty rolls, miso soup, wakame salad, and two IPAs.)


So given that I knew my meager allowance for this week would be spent 100% on produce, I knew that meant beans were destined to be my protein.  And hey, it’s been awhile since black beans and I had dinner together.


I love to cook my black beans down into a thick, syrupy sauce, so after soaking them for a few hours, I boiled them in a pot of water, along with some sundried tomatoes, cumin, salt, diced fresh jalapeno, and a few spoonfuls of molasses. 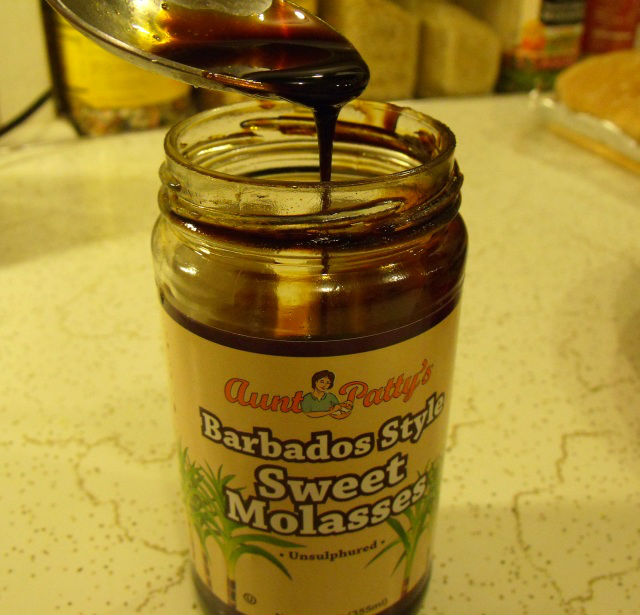 Towards the end, once the beans are nice and soft, I add some corn starch and salt to taste, and then let them cool a little until they thicken up.


I didn’t have any tortillas on hand, but to be honest, tacos and fajitas kind of stress me out, so I was just as happy eating this dinner bowl-style, with some brown and red rice. 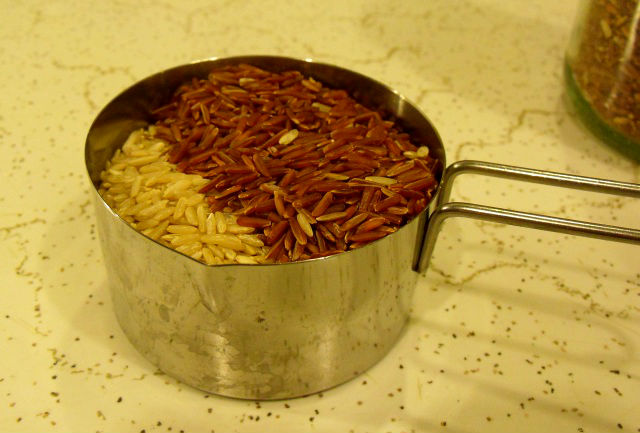 On the side?  A smorgasbord of sliced red onion, cheddar cheese, and diced tomatoes. 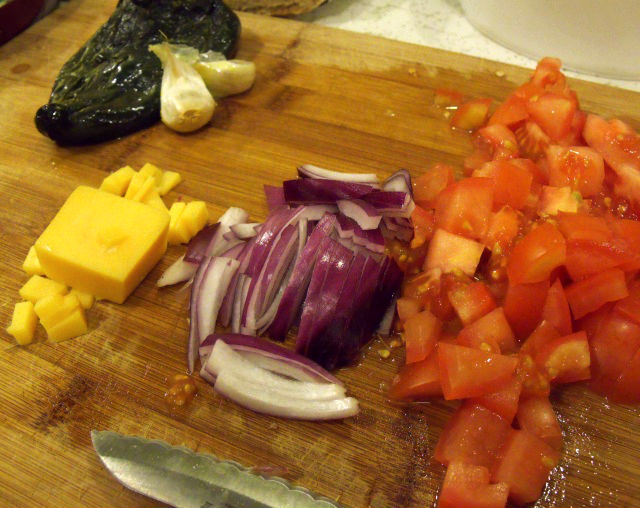 And a green bell pepper (my splurge of the day!) sauteed along with a not-so-fresh leek that’s been sitting in my fridge for awhile, but is still acceptable for this purpose. 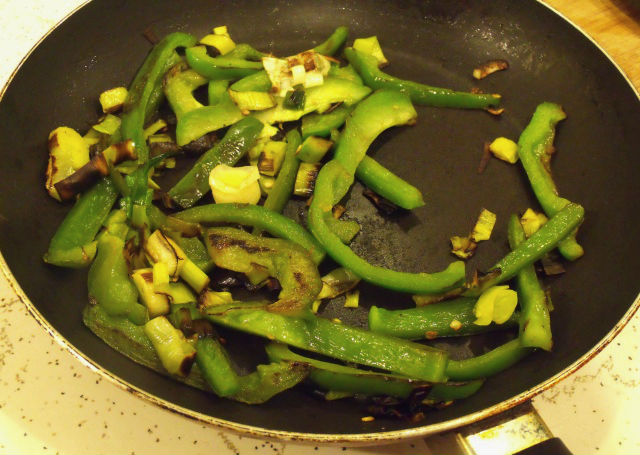 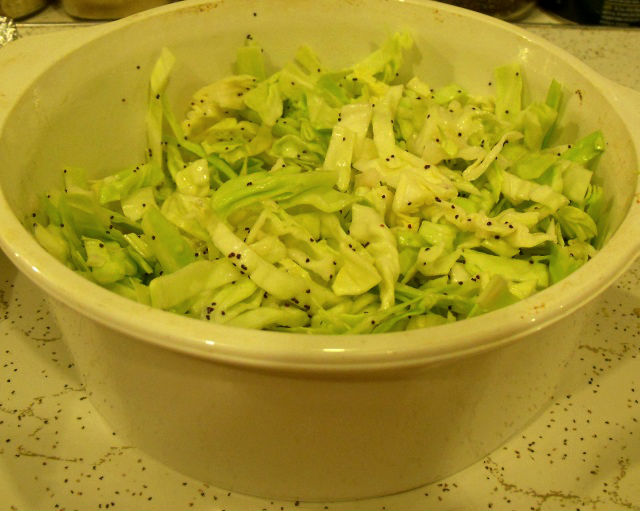 I also have had a recent compulsion to roast entire poblano peppers in the oven, coated with olive oil and salt and then wrapped in tinfoil, at 400 degrees for about 20 minutes, and then eat them while they’re steaming hot. 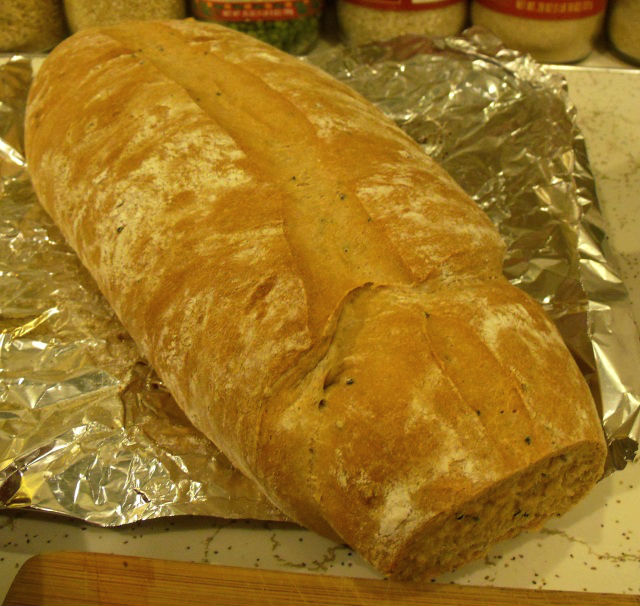 That seemed an appropriate accompaniment to tonight’s dinner, and since a long loaf of whole wheat buttermilk nigella bread had just come out of the oven, I also threw a few cloves of garlic into the package so that I could layer the two on and make this delicious appetizer. 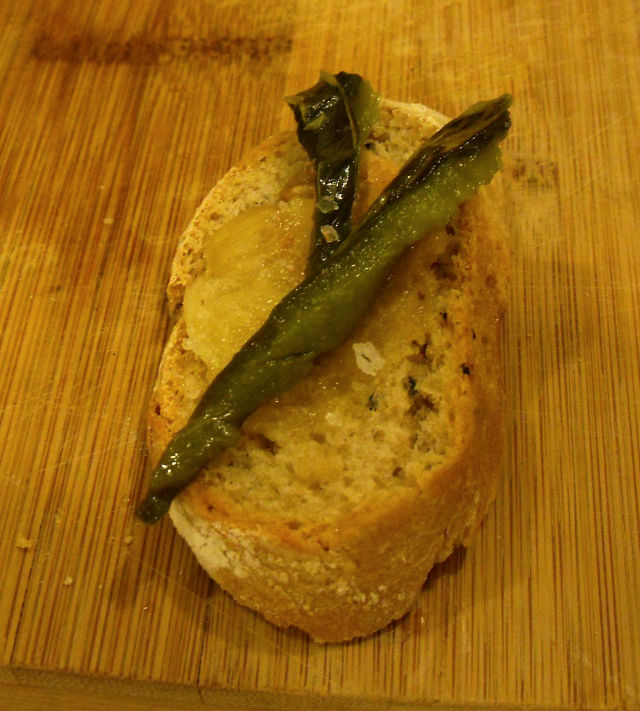 As planned: cheap and delicious! 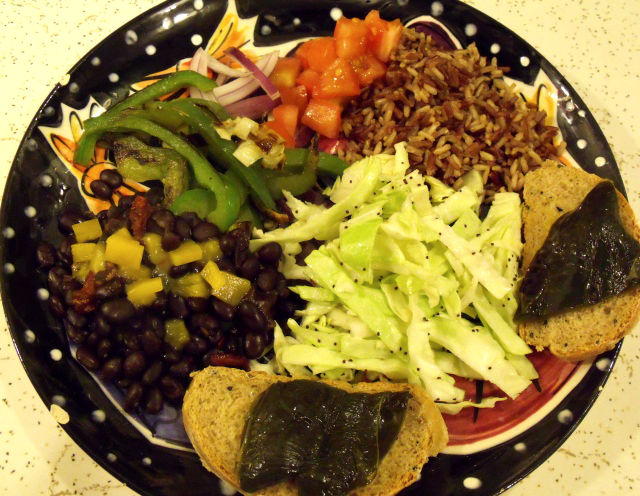 How did my fellow Project: Food Budget-ers do?