Last week was my friend Andrea’s birthday, and in an effort to jumpstart our monthly First Thursday family dinners for the year, she sent out an email to our whole gang, announcing the theme would be tapas.


I knew I’d have to keep it pretty simple, since I’d be coming straight from a seven hour workday followed by a two hour Granny Square class, and something that would still be tasty at fridge temperature.


Also, after Christmas in Wisconsin, I’ve been taking the last few weeks off of meat, so I also wanted it to be totally veg. Thus, a vegetable-y, bean-y dip seemed like just the ticket.


First, I roasted two big red bell peppers with olive oil and salt, until they were nice and charred. 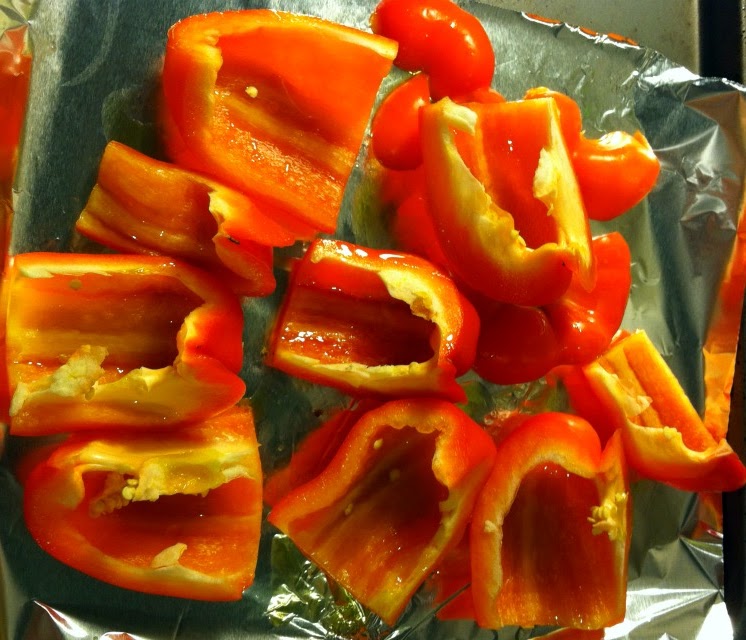 A half cup of dried white beans, which had been soaking while I was at work, boiled for about 30 minutes and started the party in the Cuisinart, along with two cloves of garlic. 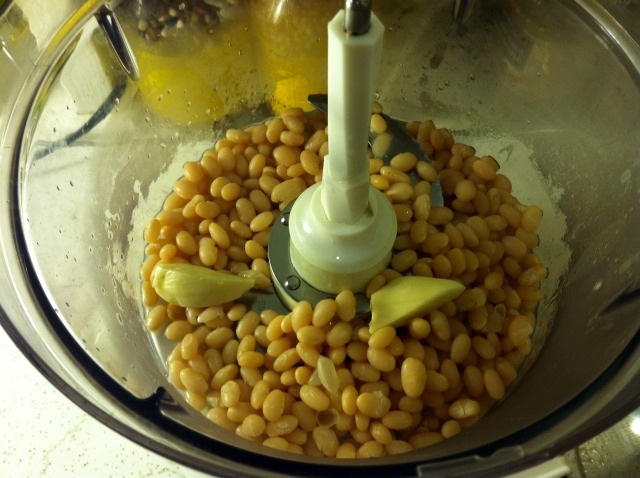 Then in went the peppers… 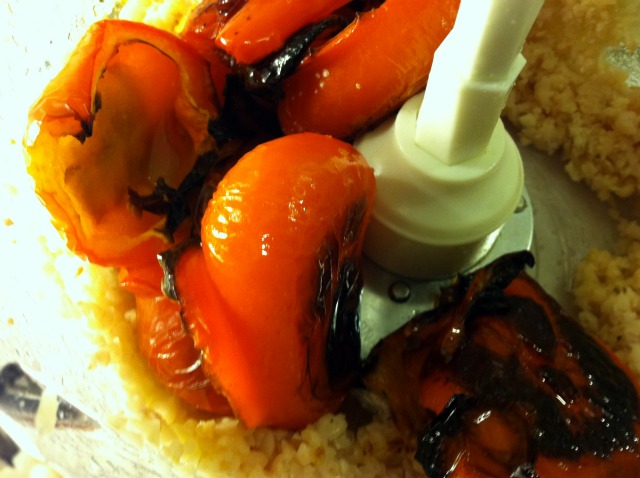 And a third of a brick of this. 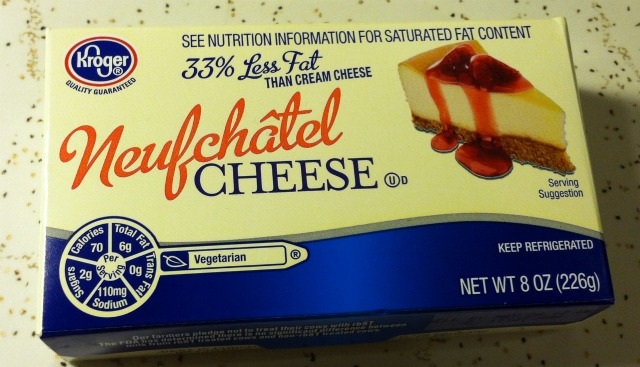 I pureed it with a few squirts of lemon juice, until it was still just barely granular. 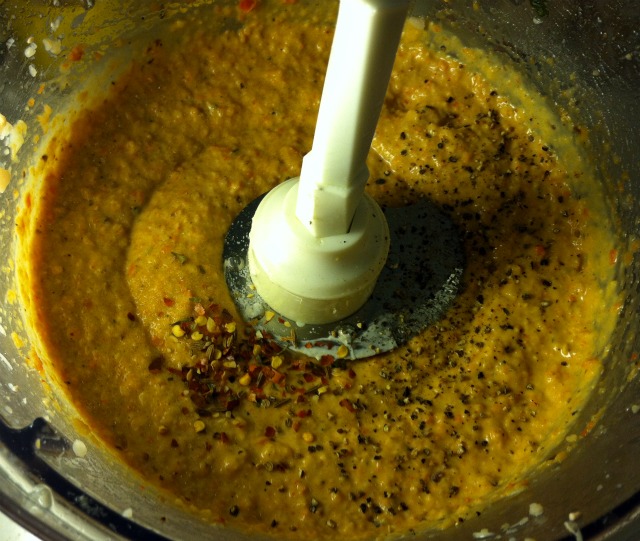 I wanted to give this one a nice, earthy flavor, so instead of regular paprika, I added berbere, which is a yummy Ethiopian take on the spice. 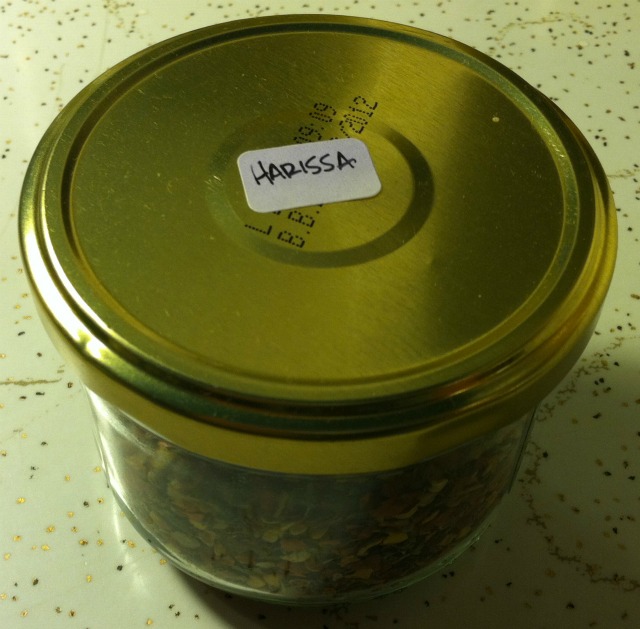 Then I finished it off with some dried harissa, and gave it a final blend!