If a month-long blogging hiatus is not enough to evidence a busy summer, let me just state for the record…it’s been busy.  Between running the new UCU indie craft market at the Northwest Folklife Festival over Memorial Day, impromptu barbecues, a trek up Dog Mountain, a bachelorette party, and a visit from my oldest friend, I have not been left with a lot of time for taking pictures of my food.
Admittedly, it’s a lot easier to stick to an $150-a-month food budget when the summer crazy sets in and fall evenings that used to be spent making elaborate soups and casseroles are replaced with burritos from Los Gorditos.
I should point out two things here — one is that, since six dollars a day works out to about $180 a month, I do have a little cushion built in for the occasional grab-and-go dinner, as well as a whole separate part of my budget dedicated to eating out, which averages out to approximately $90 a month.
So I recognize that the eating-out-to-cooking-at-home ratio rises in the summer and falls in the winter, and that between the supplementary eating-out budget, going over to friends’ houses for dinner, and a creative use of leftovers, it all works out.
So, that being said, I had some time last night to whip up a quick little dinner before meeting my friend at Beulahland.  I’ve had my eye on the green beans at New Seasons for months now, waiting for them to turn local, and they finally have!

Now I have an excuse to try out this recipe, which, featuring pickled onions, makes me very excited.  That’s the first step, in fact, to make a little marinade of:

and to that added half a red onion and a couple stalks of celery, both chopped, letting them marinade while I worked on the rest. 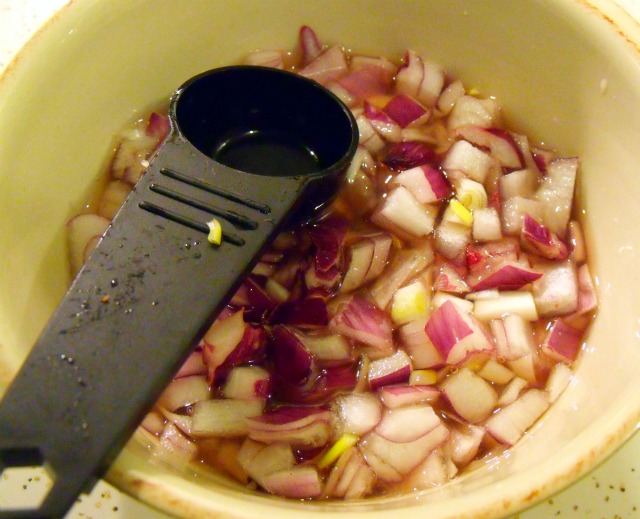 I trimmed the stems off of the green beans and boiled them for just three quick minutes. 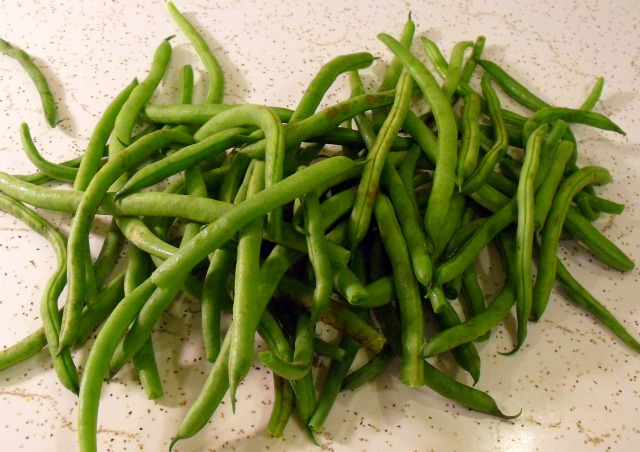 Then I heated a handful of almonds in a saucepan with olive oil, salt, pepper, and a bit of nutritional yeast on medium high heat until they were warm, then added the green beans for the last minute, just to get them a little toasty, salty, and brown. 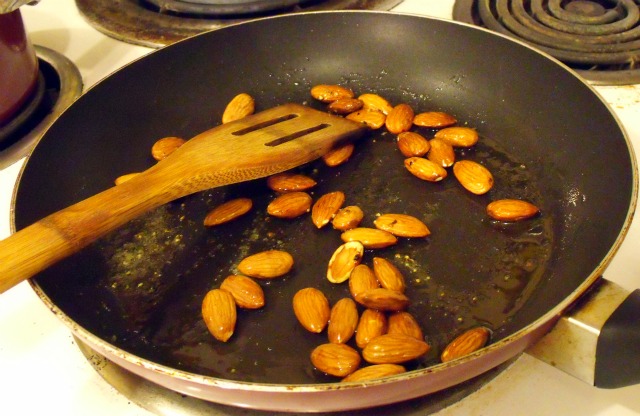 This mixture went into a big mixing bowl and got the pickled veggies and dressing spooned over top!


Meanwhile, I had cooked up some bulghur (boiled a cup of water with some salt and butter, and added half a cup of bulghur once it was boiling, then turning the stove down to simmer until all the water had been absorbed.


And finally, for some protein, I pan-fried some Trader Joe’s swordfish that I had in the freezer, along with some basic commercial pesto. 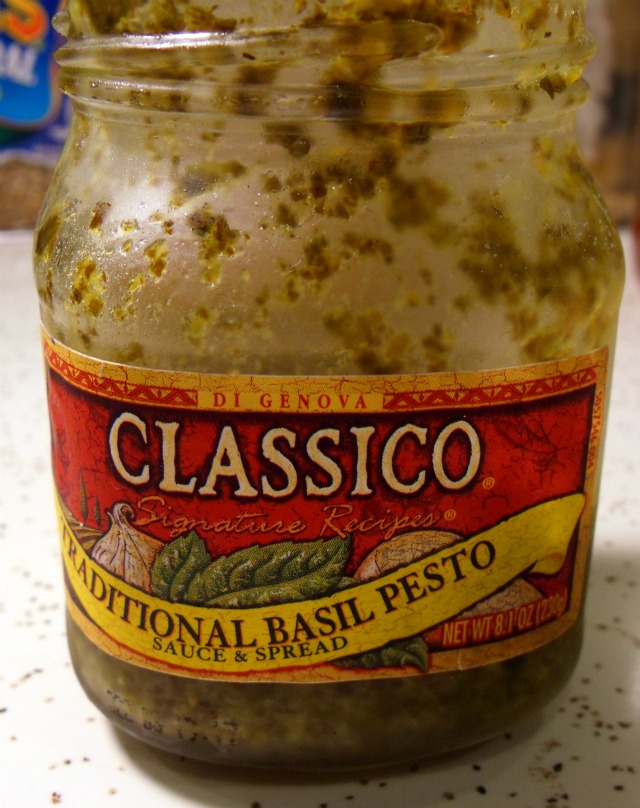 I can never go through pesto quickly enough before it starts to get moldy, so I started keeping this in my freezer and just using a spoonful here and there whenever I need, letting whatever food I’m mixing it into heat it up back to its regular oily state, and it works perfectly.

I added just enough white wine to deglaze the pan once everything had started to brown, and with some salt and pepper on top, it was perfect. 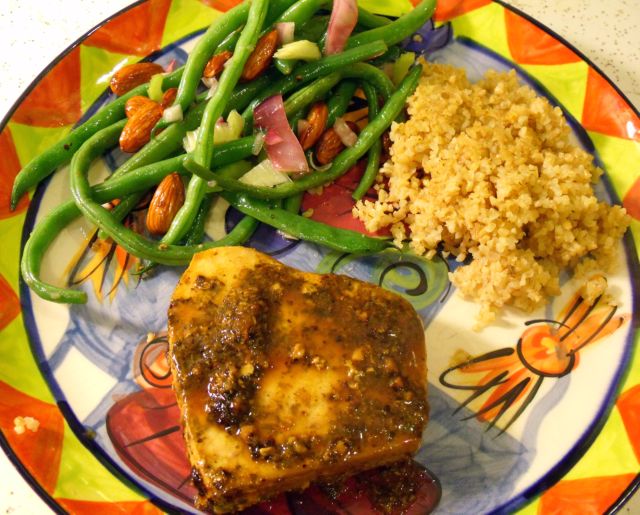