My day began with a morning trip to the southeast before I could start my work, because I had left an incredibly necessary component at the store this weekend.  I’m not a big fan of going in to work on my days off, but at least it meant I got to swing my new favorite grocery store while I was down there! 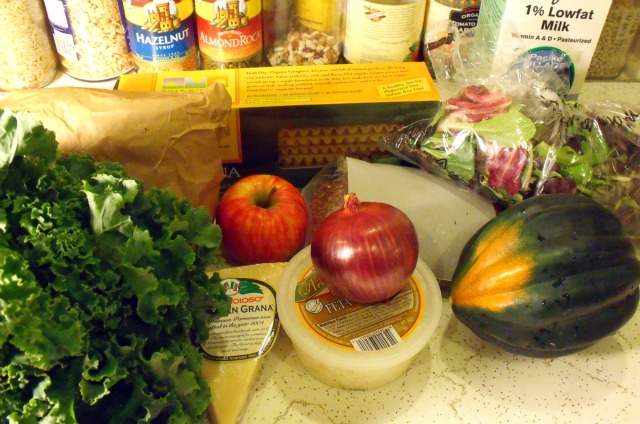 Sometimes when I’m reading food blogs I’ll bookmark particularly yummy looking posts and tag them with “recipes totry” in Delicious, then on days like today when I actually have time to think about what I want to eat before I go grocery shopping, I’ll pick out ingredients on purpose. 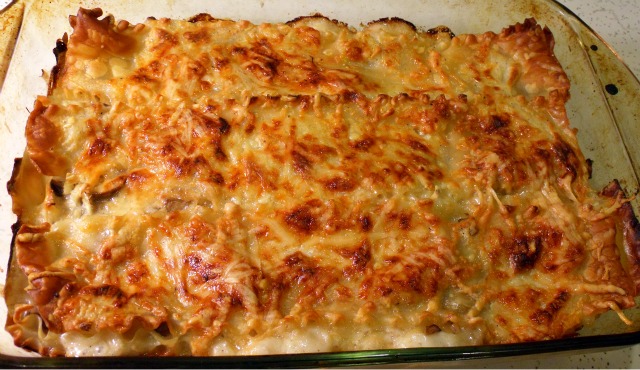 In Smitten Kitchen’s rendition of this recipe, she claims to have used FOUR pots and pans (a big deterrent for me, from the get-go) but in my version I only counted two, including the Pyrex I baked it in, and in which it will remain until it has been totally eaten (hopefully not until the end of my workweek!). 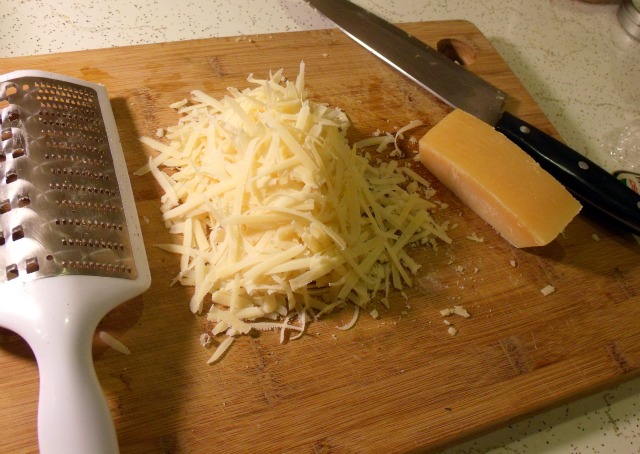 This meant cooking the pasta first — the key to consolidating dishes is to move your way to least to most dirty cooking processes.  Boiling pasta is basically just like cleaning the pot, right?


So I cooked an entire box of lasagna noodles in salted boiling water with a splash of olive oil.  An entire box is definitely more than is necessary, but when are you ever going to use half a box of lasagna?  I’ll use the leftovers to make some sort of roll-ups to take to work later in the week.  Maybe chicken-pesto-mixed-greens? 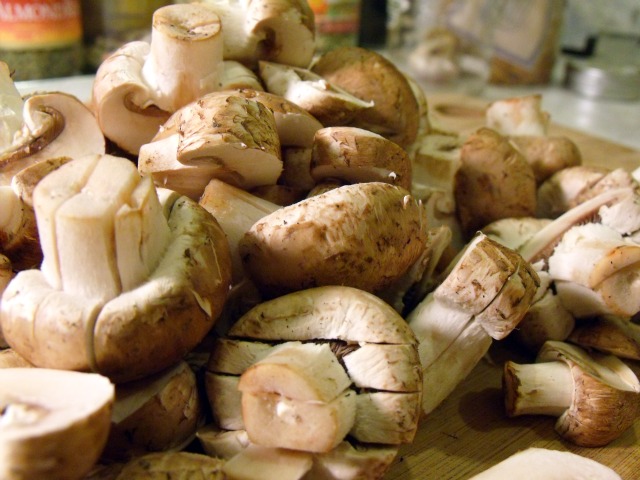 Once I drained the pasta and set it aside to cool, I was back to an empty pot.  So I took these guys and sauteed them up in a few tablespoons of butter, olive oil, and a little salt (the liquid doesn’t evaporate as well in this deep a pot so I had to drain them before using them in the lasagna).


With those out of the picture, now I could make the bechamel sauce and dirty up the pot for real.  Bechamel is a super simple cream sauce, that always starts with equal-ish parts flour and butter — in this case I started with about half a stick of butter and half a cup of flour.


Melt the butter, then add the flour and stir it around until it forms a paste.  Now you can add the milk in slowly, and as you stir, the flour will thicken the sauce without it clumping.  This is how I start my cheese sauce, and usually here I’ll toss in some fresh rosemary or sage, but this sauce has a really great garlic flavor and I didn’t want to obscure that, so instead I threw in three huge cloves of chopped garlic, about a teaspoon of grated fresh nutmeg, 1.5 teaspoons of salt, and a bunch of ground black pepper.

After this sauce thickened I started layering in the Pyrex — noodles, sauce, mushrooms, and grated parmesan cheese, ad infinitum until I ran out of the first ingredient (mushrooms). 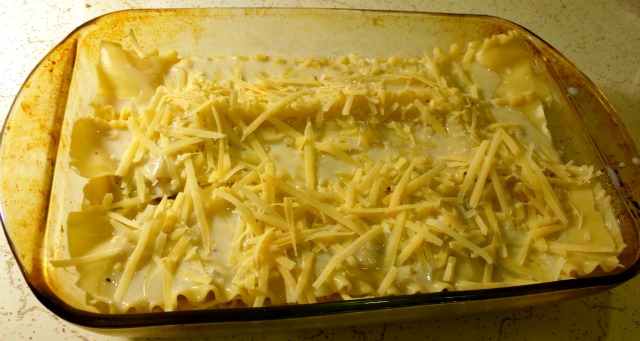 Make sure Parmesan is the final layer, and then pop it in the oven at 375 for 45 minutes. 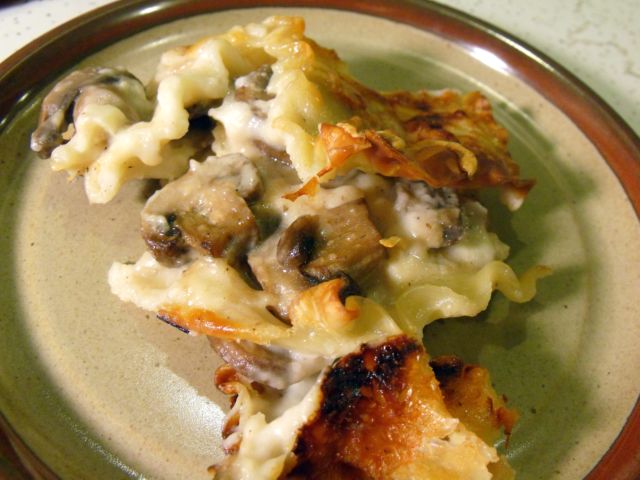